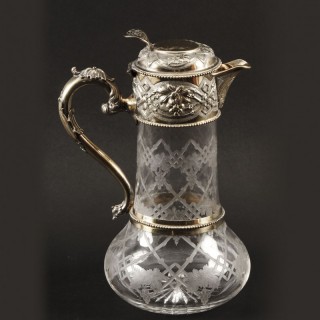 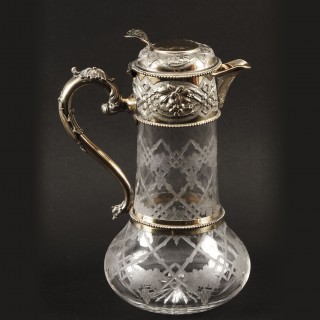 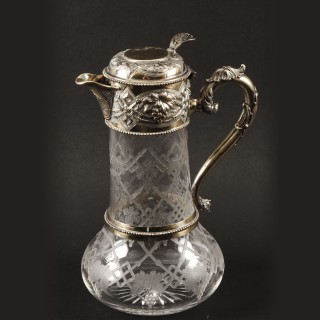 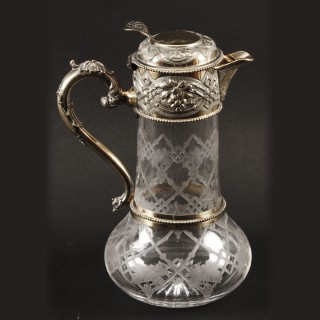 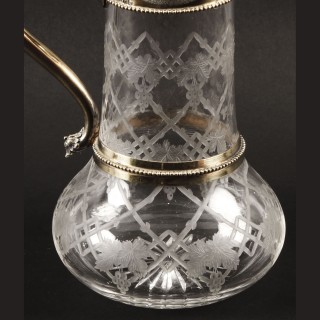 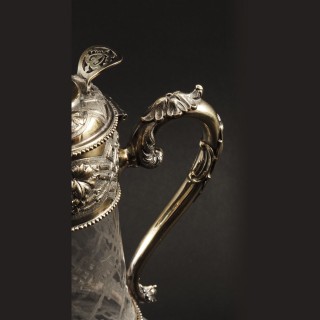 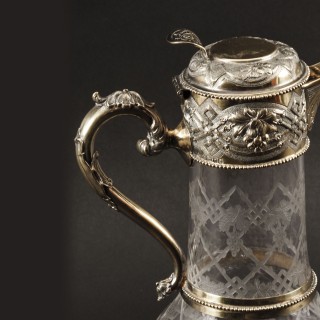 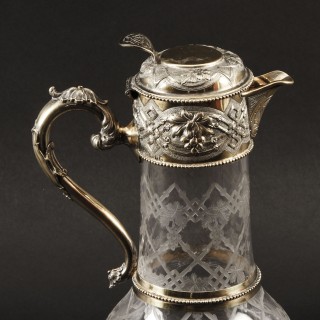 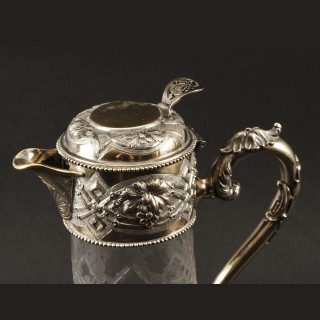 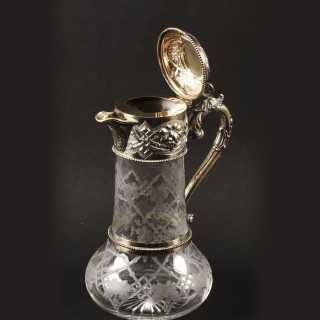 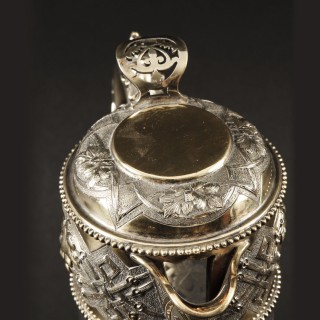 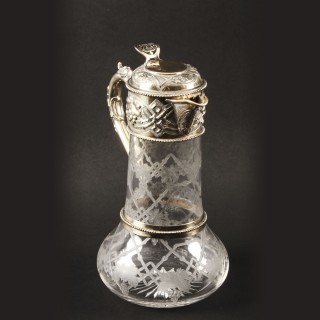 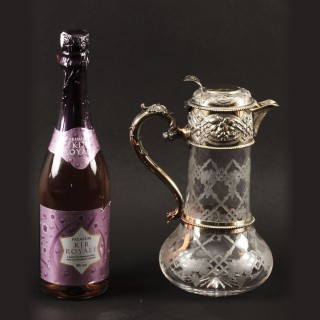 This is a wonderful Antique Victorian sterling silver-gilt mounted claret jug, with makers mark for W&G Sissons and hallmarks for Sheffield 1873.

The silver-gilt mounted claret jug, beautifully chased and etched with strapwork and fruiting vine, the hinged cover with a pierced thumbpiece, it features a wonderful scroll cast silver handle and an elegant clear cut crystal body with magnificent vine and strapwork decoration and a star-cut flat base.

The lid is impressed with full hallmarks.

Condition:
In excellent condition with no dings, dents or signs of repair.
Please see photos for confirmation.

Claret Jug – is used to describe a table decanter intended for red wine, today also used as a sport’s trophy.