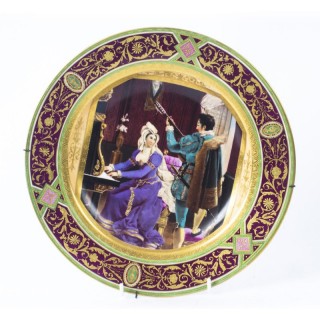 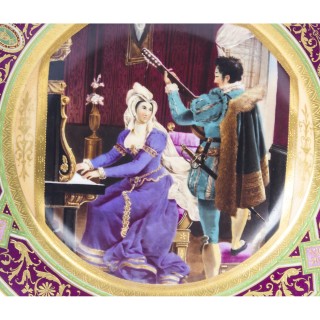 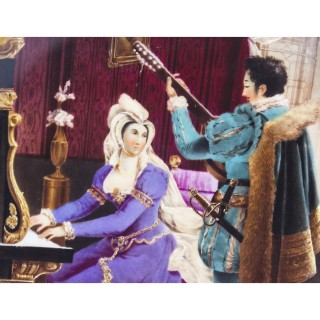 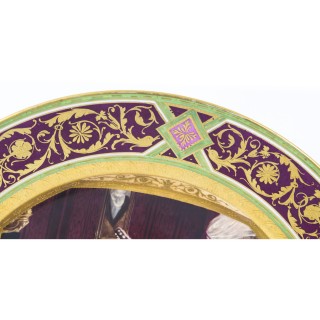 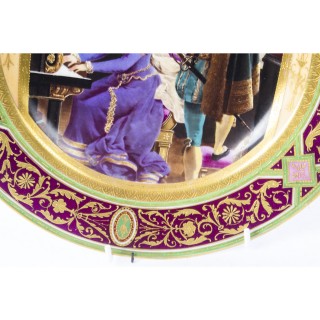 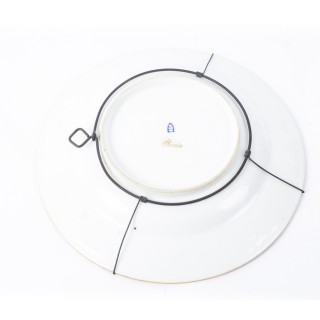 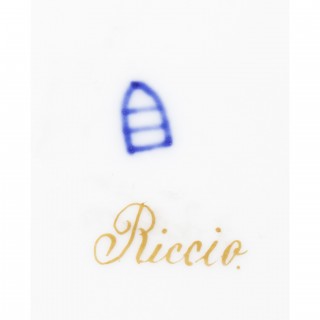 A wonderful antique Vienna porcelain cabinet plate, Circa 1880, of circular form, beautifully hand painted with musicians within an anthemion gilt cartouche, the rim with six panels with scrolls, foliate and floral ornamentation in raised gilt on a mulberry ground.
It bears the underglaze blue beehive mark and the title Riccio.

Condition:
In excellent condition, with no signs of damage or repair, please see photos for confirmation.