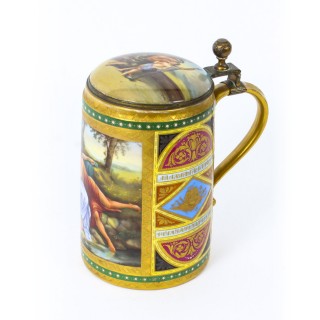 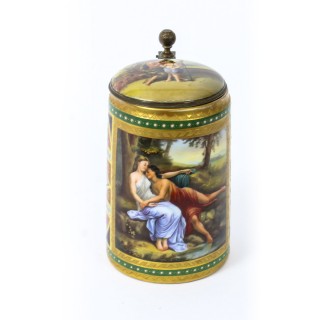 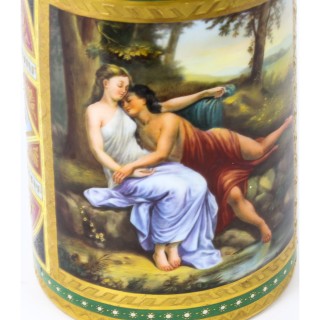 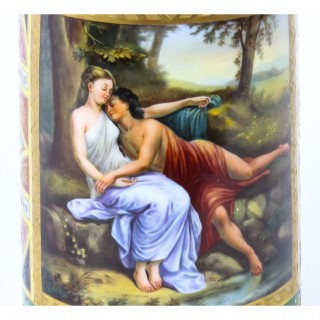 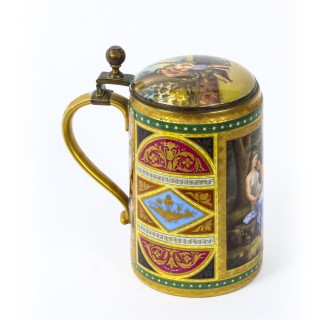 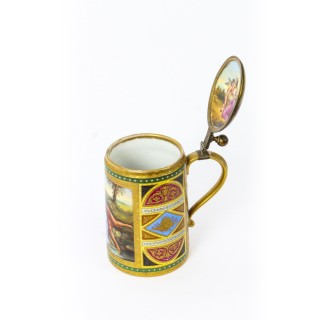 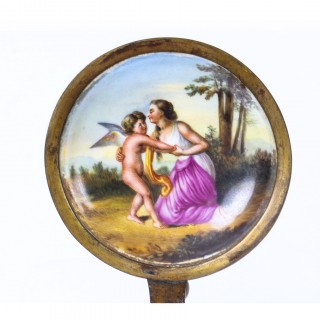 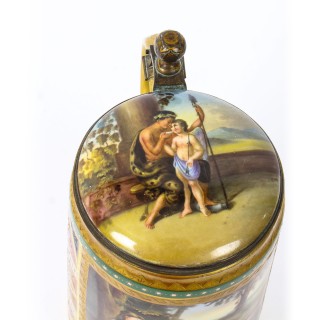 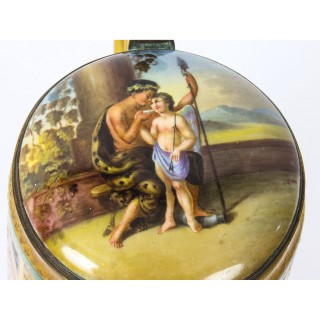 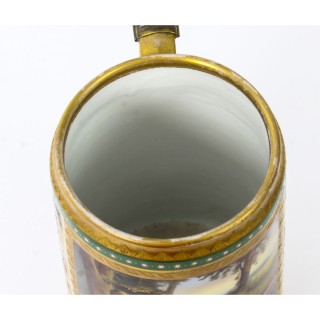 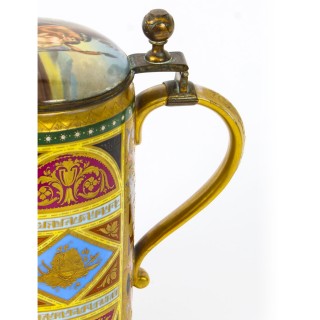 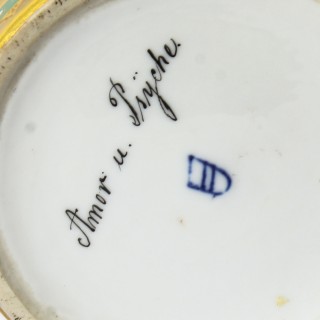 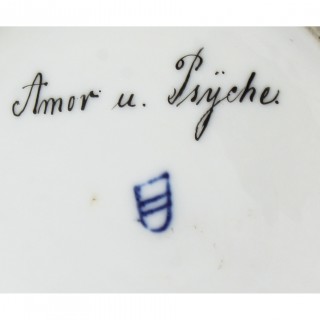 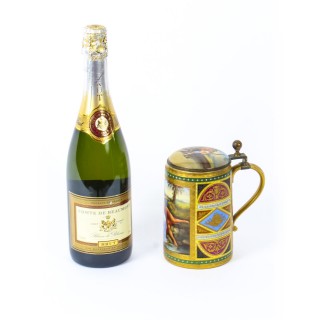 This is a stunning and rare antique Royal Vienna porcelain lidded tankard, dating from the late 19th Century.

This magnificent tankard features the exquisite mythological characters of Amor and Psyche, titled ‘Amor u. Psyche”. The couple is depicted embracing in classical robes within a bucolical scene with beautiful greenery, trees, rocks and water.

The body of the tankard has two decorative gilt panels featuring foliate decoration on a ruby, celeste and black ground.

It has two additional breathtaking classical scenes, one on the lid and the other on the inside of the lid.

The underside bears the underglazed blue beehive mark and the title “Amor u. Psyche”.

Condition:
In excellent condition, with no signs of damage or repair. Please see photos for confirmation.