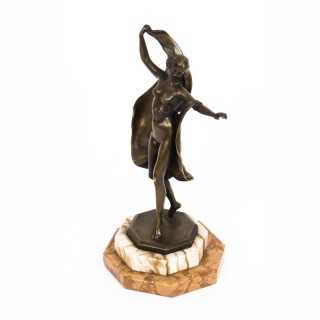 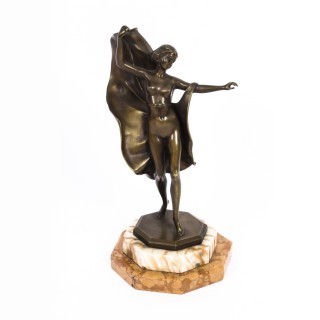 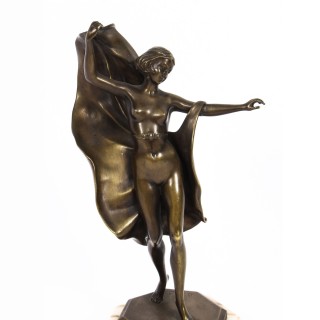 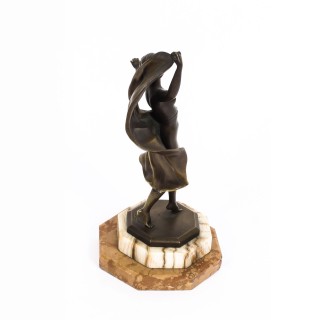 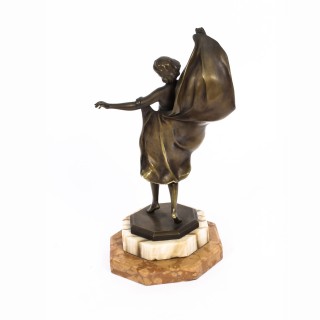 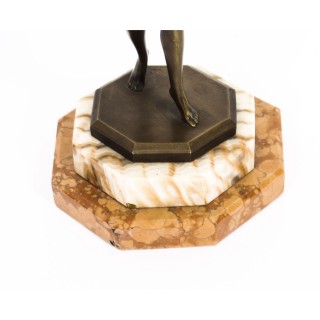 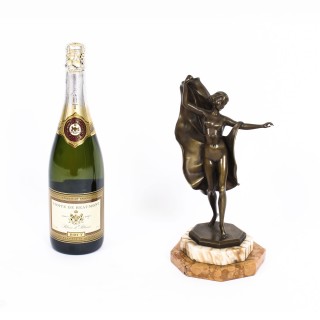 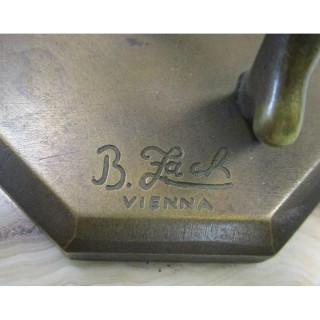 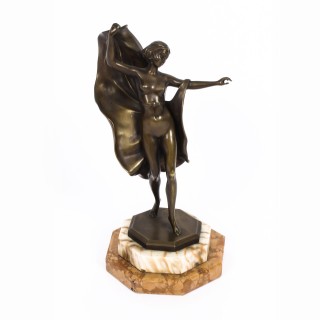 This is a striking antique Viennese Art Deco bronze sculpture of a nude female dancer, by the world-famous Austrian sculptor, Bruno Zach (1891-1935), circa 1920 in date.

This excellently executed patinated bronze sculpture features the remarkable female figure depicted in an extremely elegant dancing pose, graciously waving a cloak behind her back, with the typical boyish hairstyle of the Art Deco period and her arms outstretched.

The sculpture is raised on an exquisite stepped red and white marble octagonal base, which enhances the flair of the whole composition.

Add a classical Art Deco elegance to any room of your home.

Bruno Zach 1891-1945
He was born in the town of Schitomir, Ukraine and studied in Vienna at the Vienna Academy under Hans Bitterlich and Josef Mullner.
Bruno Zach worked for various foundries in Vienna – and also worked under the name of “Tuch”. The subjects of Zach’s bronze works include western, orientalist, sporting, animalier, art deco and erotic subjects. Sculptures were also cast and carved by him in Vienna.
Bruno Zach worked between the years of 1918 and 1935, revelling in the spirit of Art Deco. Although he executed some graceful moving statues, this Berlin based sculptor devoted most of his energy and talents to the exotic. Zach loved to render his world of exotic nightlife in his work, especially the prostitutes with whom he loved to socialize. In fact, one prostitute with whom Zach was in love refused to marry him, leading to the work Hearts.