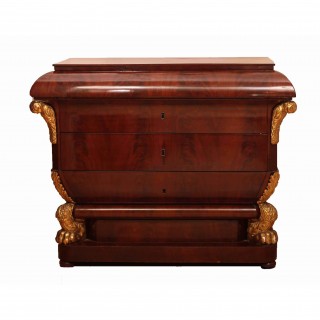 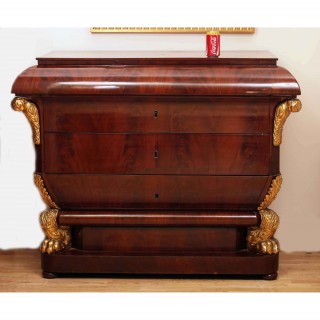 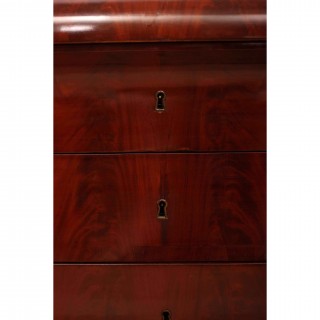 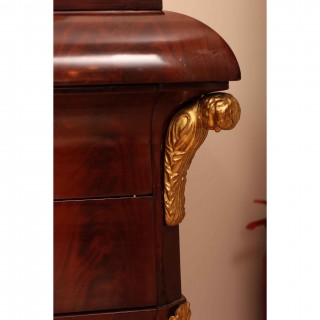 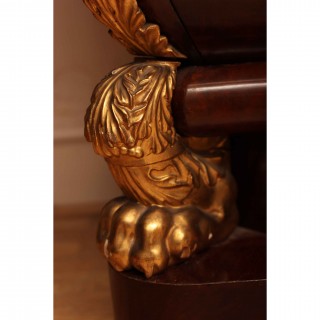 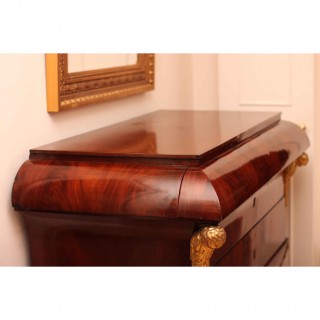 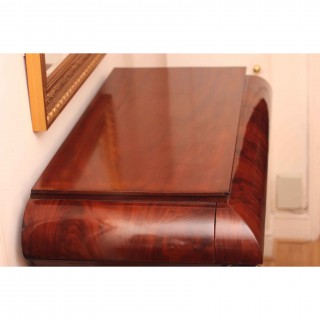 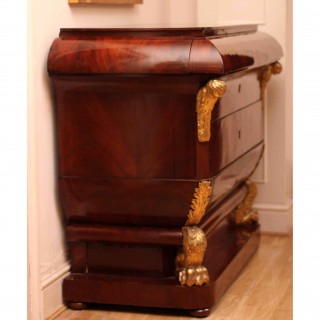 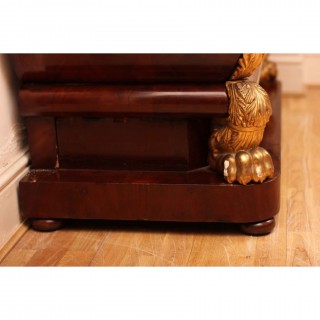 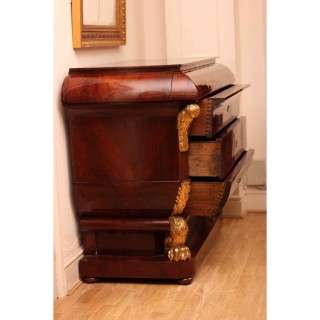 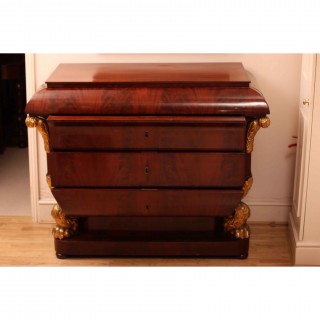 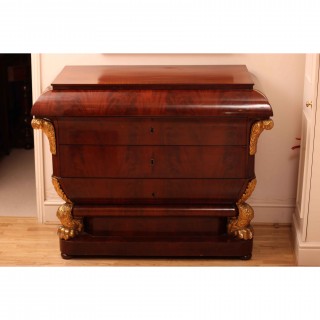 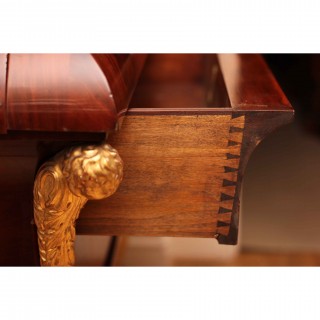 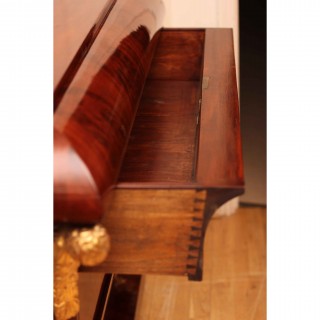 This stunning antique Viennese Empire Biedermeier commode, circa 1800 in date.

It was crafted from the most beautiful flame mahogany accompanied with striking gilded mounts. A truly gorgeous piece, this commode deserves pride of place in any furniture collection.

It has four capacious drawers and the alluring contrast between the flame mahogany and the gilded mounts along with the incredible design make this a stunning item.

The exquisite and highly unusual serpentine bombe’ Biedermeier shape serves as the proverbial cherry to this masterpiece, accentuating the majestic aura surrounding this magnificent item.

This delicious piece of craftsmanship could serve any purpose, from the focal point of an antiques collection to a remarkable addition to any room in your home.

Biedermeier period, refers to an era in Central Europe during which arts appealed to common sensibilities in the historical period between 1815, the year of the Congress of Vienna at the end of the Napoleonic Wars, and 1848, the year of the European revolutions.

In excellent condition having been beautifully restored in our workshops, please see photos for confirmation.