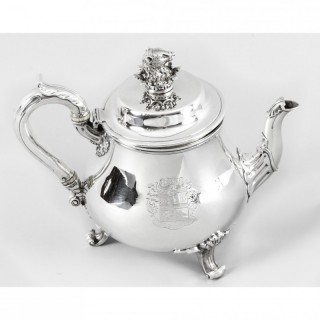 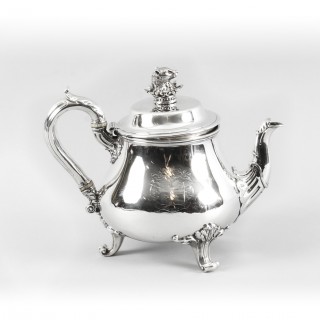 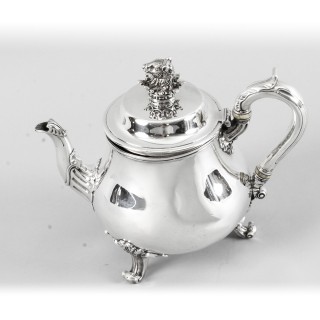 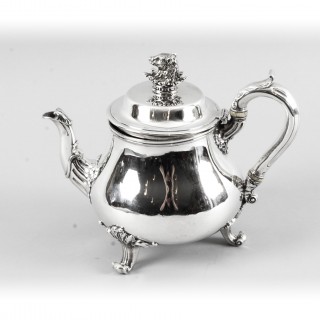 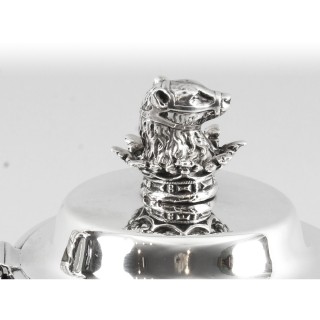 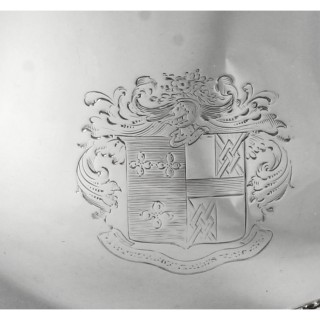 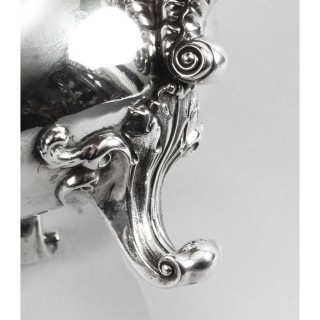 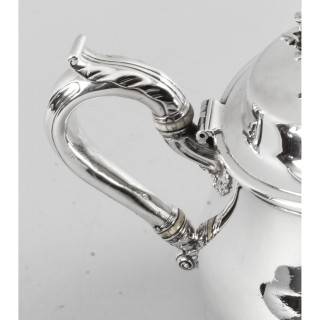 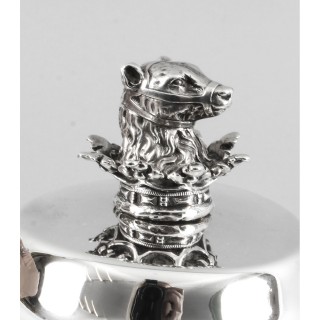 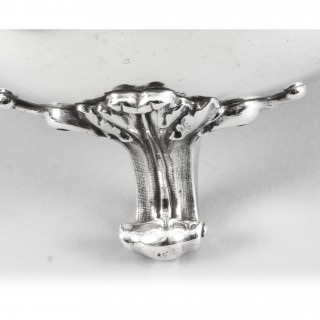 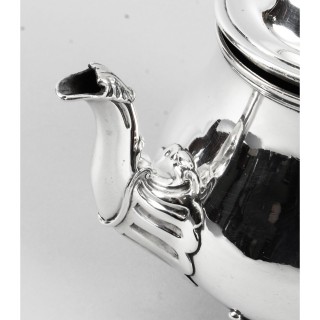 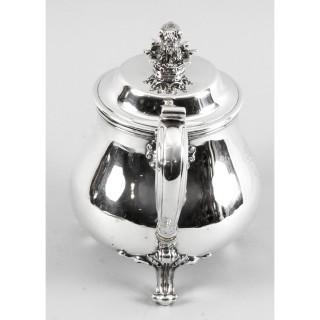 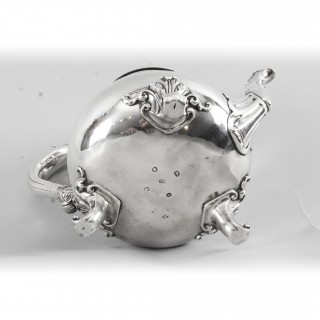 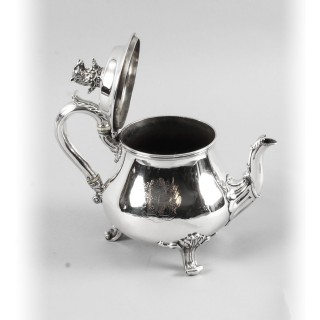 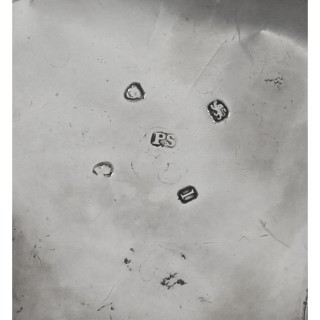 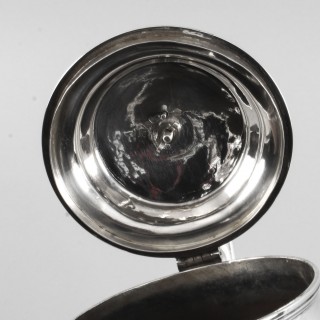 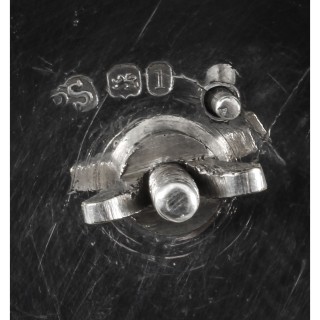 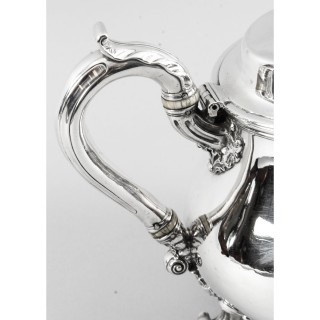 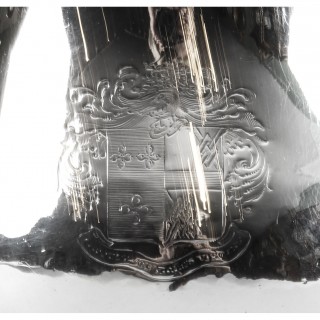 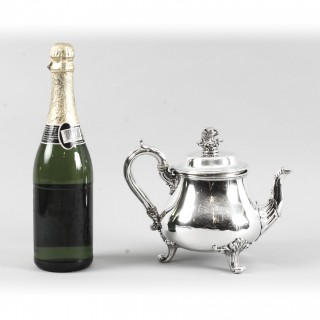 It has hallmarks for London 1826 and the makers mark of the celebrated silversmith Paul Storr. It bears a wonderful coat of arms depicting Vincent impaling Norreys/Norris, and a stunning bear on a crown finial crest of the Vincent family.

It is of baluster form with a leaf capped scroll handle, a leaf and scroll capped spout. The hinged cover with a crest finial, the body with an armorial within foliate mantling and raised on three elegant leaf capped scroll feet.

born in London England in 1771, was to become one of the most talented silversmiths and goldsmiths of the nineteenth century. Today his legacy of exceptionally well crafted silver, found worldwide in museums and private collections, leaves one in awe when compared to that of his contemporaries. After having served a seven year apprenticeship from the age of 14, he began his career in 1792 when he went into a brief partnership with William Frisbee. This did not last and in 1793 a new mark, (his initials ‘P S’) was entered. By the beginning of the nineteenth century he had established himself as one of London’s top silversmiths producing, amongst others, commissions for Royalty.

Storr & Mortimer
Goldsmiths and Jewellers to Her Majesty’ (1822-1839) Having left RUNDELL, BRIDGE & RUNDELL in 1819 and moved to a factory in Harrison Street, Grays Inn Lane (now Road), Paul Storr soon went into partnership with John Mortimer, the assistant of a retiring retail goldsmith and jeweller, WILLIAM GRAY, of 13 New Bond Street. The firm was renamed STORR & MORTIMER. Under their agreement, Storr concentrated on the manufacture of goods for Mortimer to sell in the shop at 13 New Bond Street. Storr and Mortimer now manufacturing and retail goldsmiths, jewellers and silversmiths with an influential clientele, moved to 156, New Bond Street, in 1838. Owing to changing economic conditions and Mortimers supposed ineptitude as a businessman, the shop which he managed is said to have been vastly overstocked. Then, circa 1826, Storr’s nephew by marriage, John Samuel Hunt, joined the partnership. It seems that he had been working as a chaser in Storr’s workshop for many years. Storr retired to Tooting in 1839 and died in 1844. The firm continued as MORTIMER & HUNT.