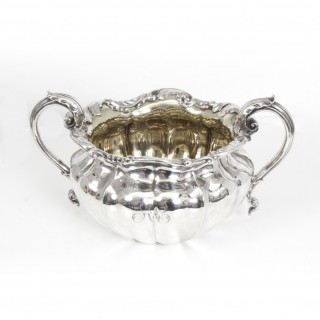 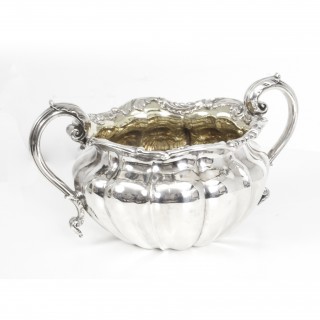 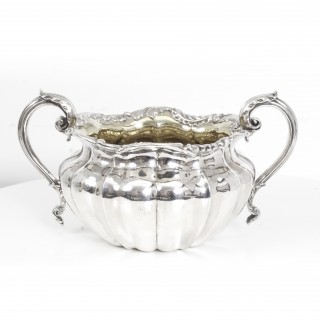 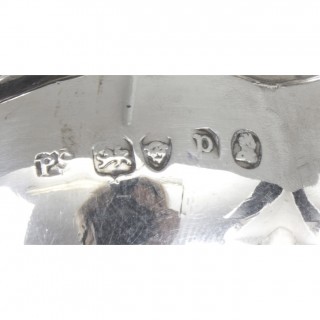 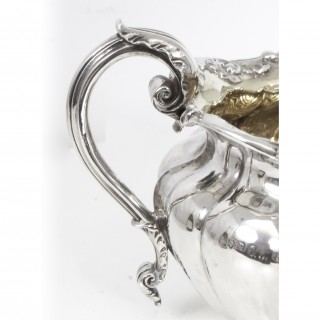 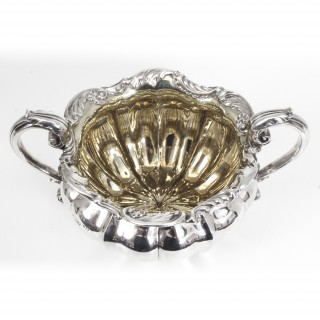 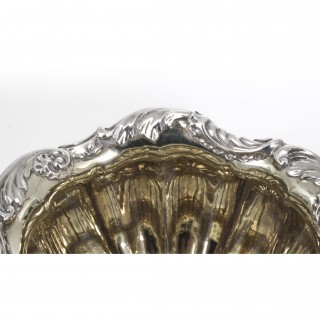 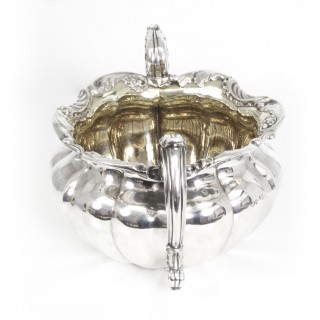 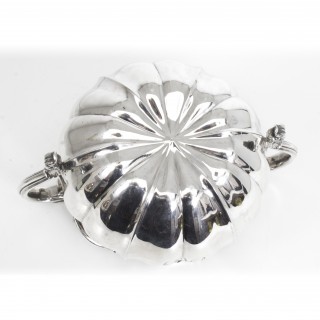 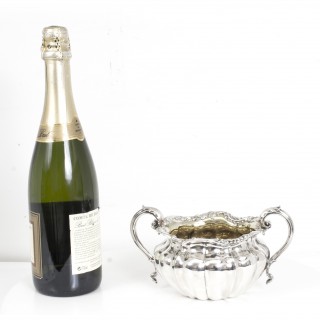 It bears hallmarks for London 1830 and the makers mark of Paul Storr.

It is beautifully made in sterling silver, the melon-shaped body with a monogram, decorative scrolling leaf rim, leaf-capped scroll handles, the original gilt interior, and it is a fine example of his work

Paul Storr born in London England in 1771, was to become one of the most talented silversmiths of the nineteenth century. Today his legacy of exceptionally well crafted silver, found worldwide in museums and private collections, leaves one in awe when compared to that of his contemporaries.After having served a seven year apprenticeship from the age of 14, he began his career in 1792 when he went into a brief partnership with William Frisbee. This did not last and in 1793 a new mark, (his initials ‘P S’) was entered. By the beginning of the nineteenth century he had established himself as one of London’s top silversmiths producing, amongst others, commissions for Royalty.

In excellent condition with clear hallmarks and no dings, dents or signs of repair. Please see photos for confirmation.