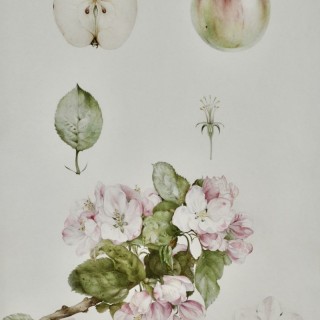 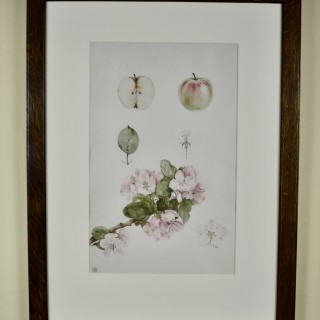 Signed with monogram and dated ‘18
Watercolour

The present work was commissioned by the publishers J M Dent, but never published.

Edward Detmold and his twin bother Charles Maurice Detmold (1883-1908) were outstanding book illustrators. Due to the frail health of their father they were brought up by their uncle and guardian, Dr Edward Barton Shuldham who introduced the boys to his own interests in natural history and Japanese art and encouraged them in their artistic pursuits, helping to produce their first book, Pictures from Birdland, in 1899.

The twins first exhibited watercolours at the Royal Academy and Royal Institute of Painters in Water Colours when in their early teens and held their first solo exhibition at the Fine Art Society in 1900. They also mastered the techniques of watercolour etching and colour printing, having their own printing press at home. One of their first major commissions was the enormously popular a set of 16 watercolours for Rudyard Kipling’s The Jungle Book, published in 1903 by Macmillan.

Maurice tragically committed suicide in 1908 and although stunned by the death of his twin Edward threw himself into his work. In 1909 he illustrated The Fables of Aesop for Hodder & Stoughton. This was followed by numerous other commissions resulting in Edward Julius Detmold being one of the most successful illustrators of his day. After a period of depression brought on my failing eyesight he committed suicide himself in 1957.