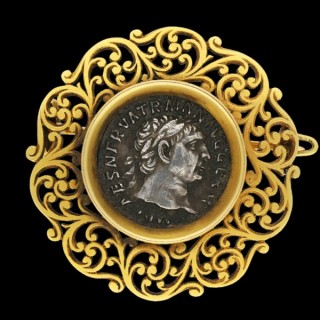 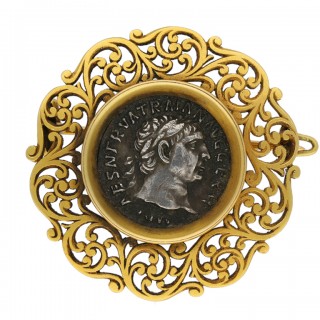 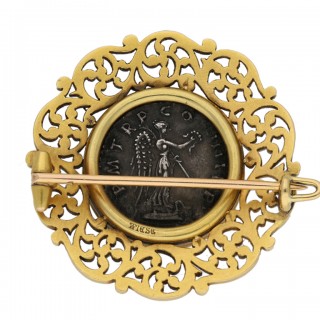 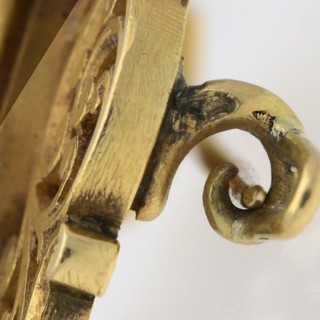 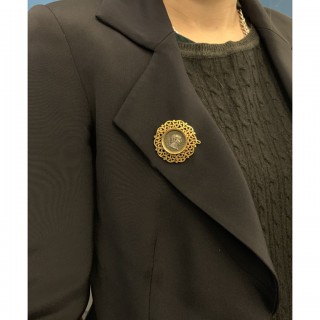 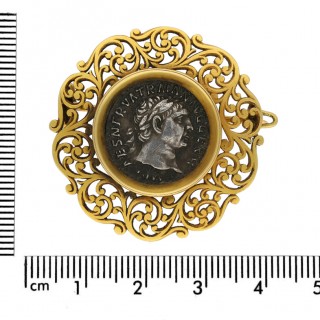 Archeological revival Roman coin brooch by Wiese. Set to the centre with a silver denarius in a solid gold open back setting, the obverse depicting the profile of Emperor Trajan with a laurel wreath around his head, lettering reads ‘IMP CAES NERVA TRAIAN AVG GERM’, the reverse shows the winged goddess Victory standing right on prow, terminating in a serpent, holding a palm frond and wreath, inscription around the edge saying ‘P M TRP COS IIII P P’, surrounded by an openwork border with repeating scrolling details and polished edges, fitted to the reverse with a with a secure hinged pin and scroll clasp, approximate diameter 3.5cm. Marked 18 carat yellow gold, signed and maker’s mark for Wiese, French, circa 1890.

A Denarius was a small silver Roman coin that was minted between 211 BC and A.D. 275. This coin shows the profile of the Emperor Trajan who ruled between A.D.98 and A.D.117.