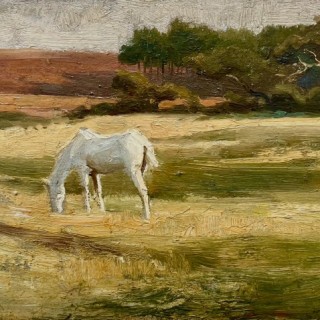 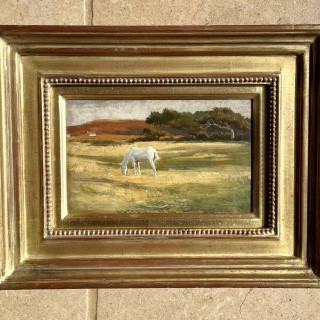 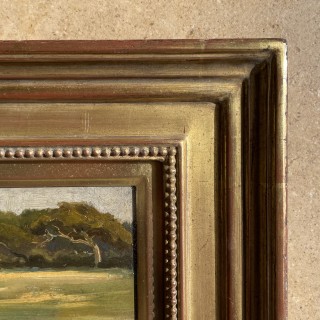 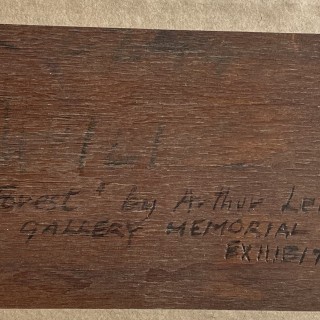 Arthur Lemon was born in the Isle of Man. He left there at an early age to live with relations in Rome where his uncle had a post in the Vatican. It was during this period that he first developed his love for the Italian countryside and its horses and cattle that were to provide much of the subject matter for his future paintings. When Garibaldi attacked the Papal States in 1862, Lemon fled to California where he had several careers including that of a cowboy. In the early 1870s he returned to Europe and studied under Carolus Duran in Paris where he came into contact with Sargent, Swan and the artist and critic R A M Stevenson who was to remain a lifelong friend. He later settled in Florence and took to painting the Tuscan countryside and agricultural life of the area. At this time he came into contact with members of the Etruscan School who excelled in sensitive and lively plein-air oil studies of which the present work is a typical example. He returned to England and settled in Surrey although he would frequently return to Italy for months at a time. He exhibited at the Royal Academy, Grosvenor Gallery, New Gallery and elsewhere and following his death a memorial exhibition of his works was held at the Goupil Gallery, London.

He is represented in the collection of the Tate Gallery, London.