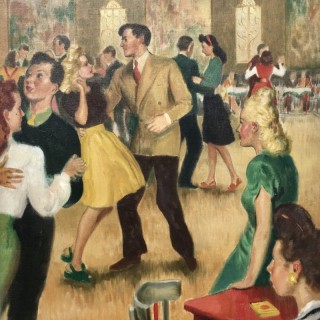 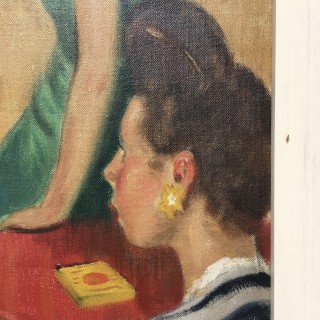 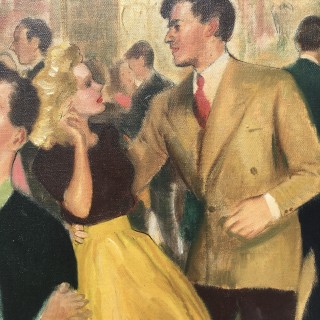 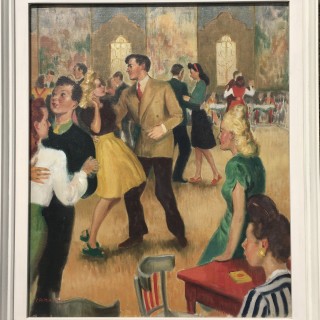 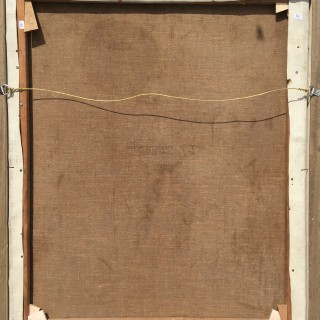 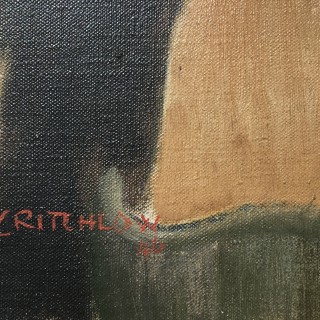 At the Dancehall - 1940s oil on canvas by Jerry Critchlow

The painter and illustrator Michael B. Critchlow (known as “Jerry”) was born in Wolverhampton as Bernard Critchlow Green. He attended Wolverhampton School of Art, studying under Robert J. Emerson and became a freelance illustrator in the 1930s. At the end of the war, he produced posters for the Ministry of Information and this led to illustration work for magazines and periodicals, including Woman, Woman’s Own, The Strand, Britannia and Eve and John Bull. He returned to formal painting and, within a few years, his works were being exhibited the Royal Academy, Royal Society of Portrait Painters, New English Art Club and Royal Institute of Oil Painters. He spent most of his time in London but lived in Berkhamstead briefly and also in Brixham.

At the Dancehall - 1940s oil on canvas by Jerry Critchlow