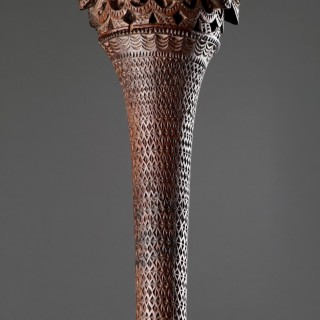 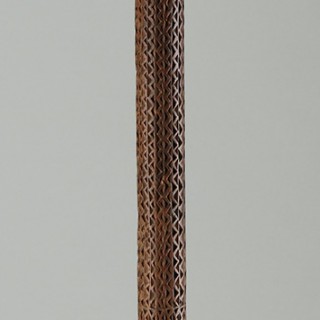 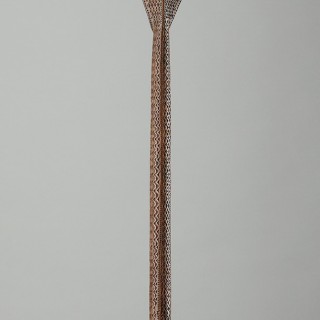 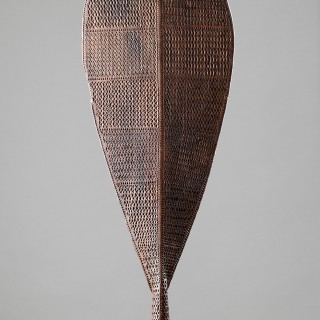 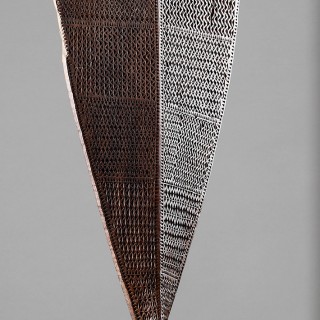 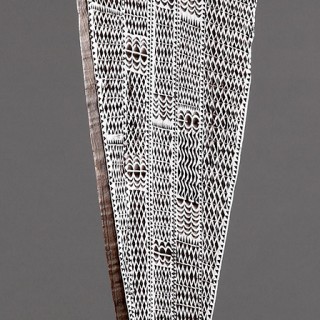 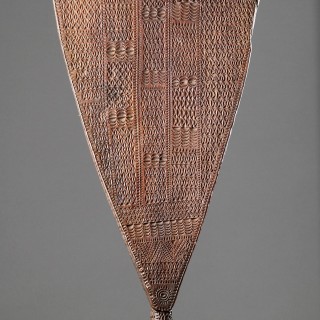 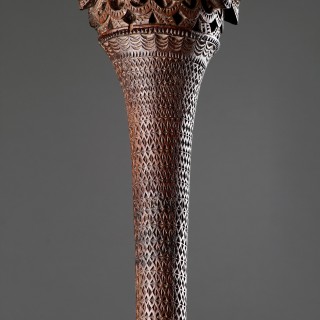 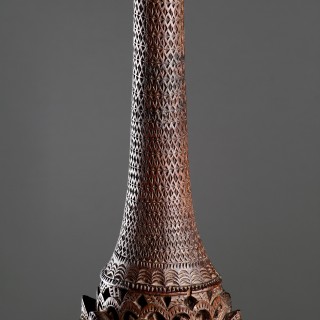 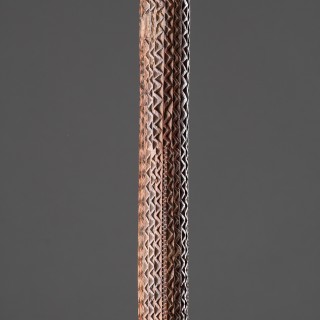 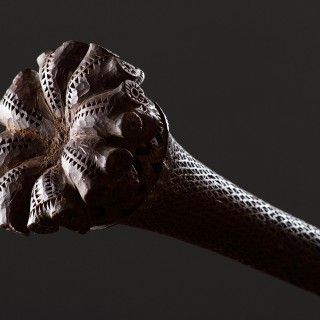 Provenance:
Found in a Private House in Ireland

It is believed that Austral Islands paddles were displayed at times when one chief visited another, but no early accounts exist of any ceremonies connected with their use. William Anderson, who accompanied Cook on his third voyage to the Pacific, noted that canoes in Tupuai Island were ‘managed with small paddles whose blades were nearly round’, but the careful ornamentation on these paddles leads to a ceremonial rather than a functional use. Like the paddle shaped ‘rapa’ of Easter Island they probably served as dance paddles used to accentuate the movements of the body during ceremonial sacred and secular performances on the ‘Marae’.
Their general form is obviously traditional and whatever their original function it was likely of pre-contact origin. The indication is that early on these paddles were produced like other Austral Island art forms such as drums for local use and for trade to the Society Islands, and were present before the arrival of Europeans. Carved with frontally posed figures apparently dancing with upraised arms their use as dance paddles would correspond with their decoration.
The arrival of the missionaries in the 1820’s put a stop to drum making and other associated ritual objects which were deemed to be ‘heathen practices’. With the conversion of the Islanders to Christianity and a growing demand from visiting whalers and European ships for exchange valuables and Polynesian curiosities the carvers turned their hand to creating paddles. Between 1821 and 1840 many beautifully carved paddles were manufactured, of small and medium size, and although introduced metal tools were used in their initial shaping, the carvers preferred their indigenous tools made from shark’s teeth or shell for the finer surface carving.
This exceptionally tall paddle, too long for easy transportation back to Europe, is meticulously carved, every square centimetre is cut with arcs, latticework, concentric circles and anthropomorphic motifs which are thought to allude to successive generations of ancestors. It is most probably an early traditional island artefact and was not made solely as a response to the demand of 19th century collectors for exotic curios.