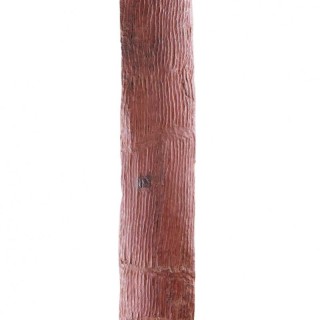 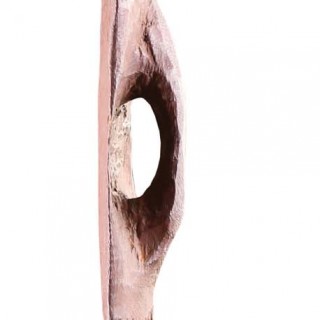 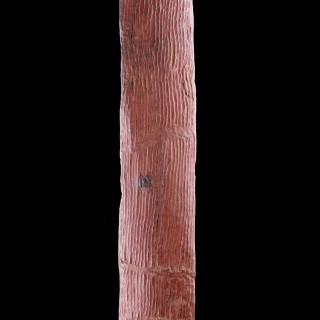 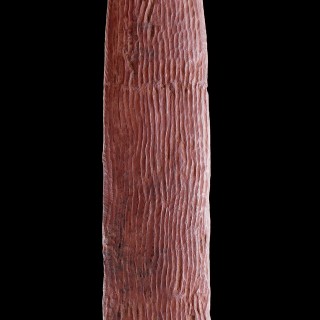 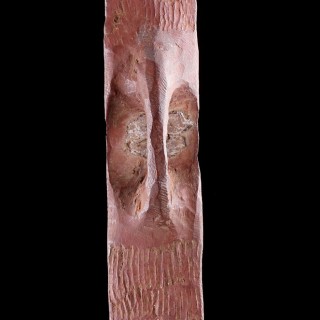 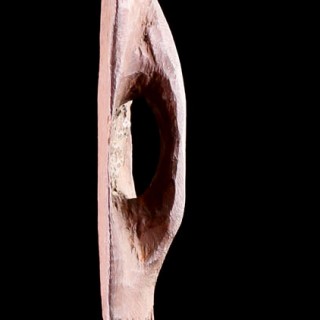 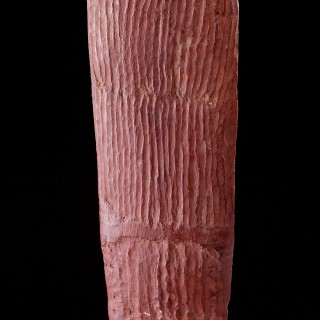 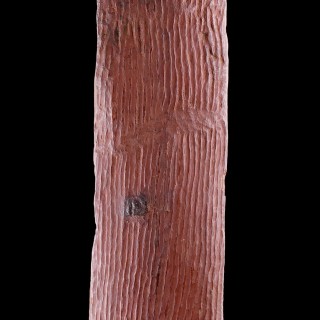 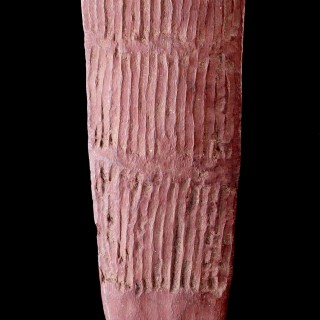 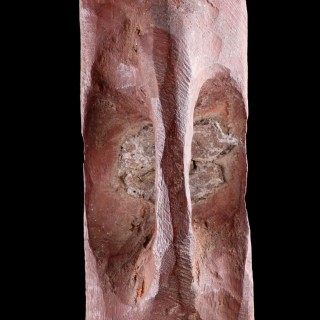 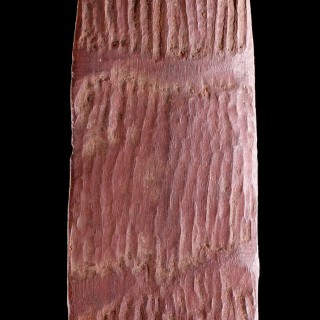 The Australian Aborigines of the Central Desert were nomads and did not practice any form of agriculture or have any domesticated animals., except for the companionable dingo dog. They remained hunters and food gathers for centuries living in an unusually arid and exacting country where a life full of hardship was the norm. They spent much time making and decorating their weapons, which were mainly used for hunting, as they had developed a code of laws that was so well balanced they did not need warfare, with all its attendant horrors, to maintain social balance. Fashioning shields from the hardwood shrubby trees such as Acacia, known as ‘Mulga’, with great skill and care they would use a possum tooth engraving tool to create distinctive undulating lines which were then coloured with natural earth pigments.