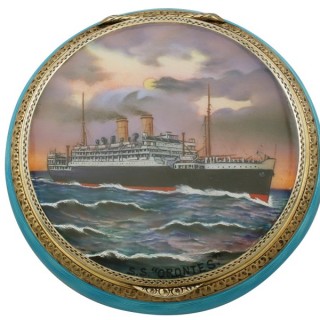 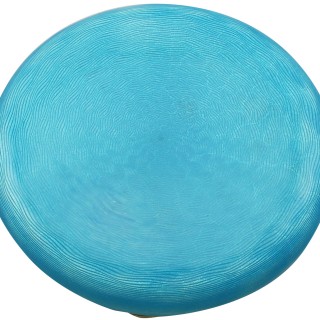 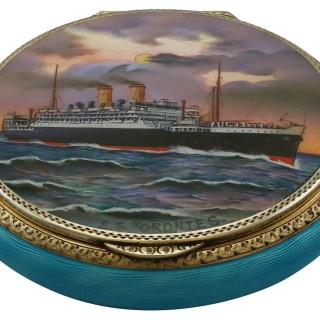 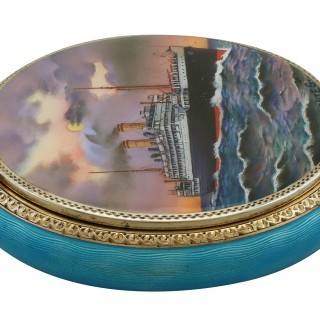 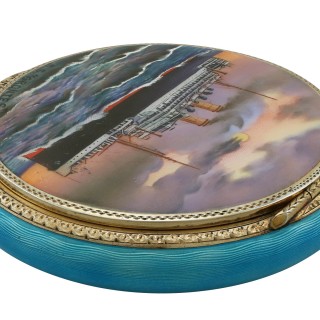 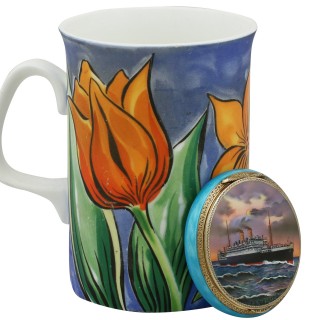 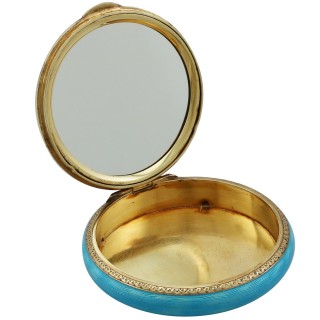 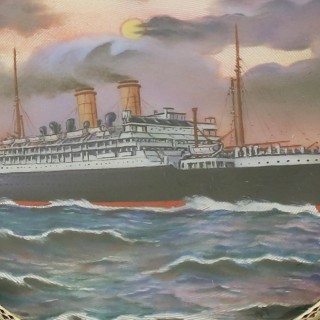 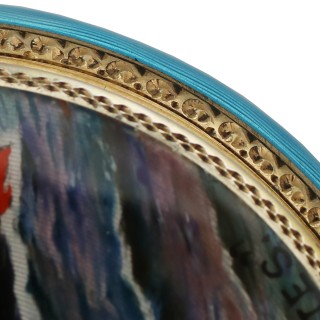 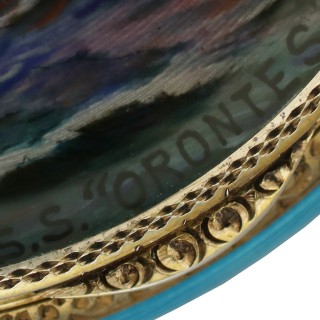 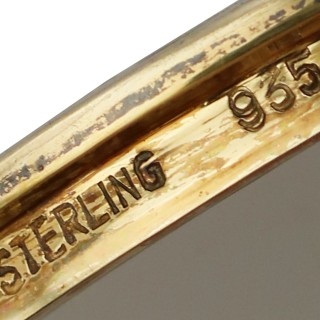 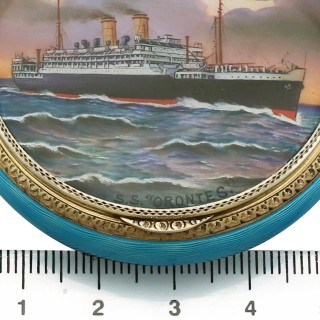 An exceptional, fine and impressive antique Austrian sterling silver and enamel compact with mirror; an addition to our ornamental silverware collection.

The surface of the rounded body is embellished with vibrant turquoise blue guilloche enamel, which reflects undulating concentric ring designs emanating from the centre of the underside.

The upper rim of the body is encompassed with an impressive silver gilt chased leaf decorated border.

This exceptional Austrian box is fitted with a hinged hallmarked cover, featuring further silver gilt ornamentation to the rim and incorporating a rounded thumbpiece to the anterior surface.

The cover is ornamented with an exceptional and collectable enamel scene depicting the SS Orontes* at sea, with a dramatic sun set sky to the background; the lower portion of the scene bears the elucidating title: ‘S.S. Orontes’.

This impressive compact opens to reveal the original integrated mirror and gilded interior.

This exceptional example of antique silverware is struck with the standard/purity mark 935 (sterling); the piece does not feature an assay or maker’s mark, therefore the date / origin can be determined by the composition and decoration.

* The maiden voyage of the SS Orontes was a Mediterranean Cruise in June 1929, and the ship furthered its career as a passenger ship operating between England and Australia. During World War II the ship became a troopship, until the end of the war where it was utilised to return Prisoners of War from the Australian camps and back to Europe. The Orontes was refitted in the late 1940s to be used as a single class passenger ship once more, until an unfortunate collision with the SS Empire, where the ship was scrapped in 1962.

The enamel panels are in perfect condition.

The purity hallmarks struck to the rim of the cover are all very clear.

Reflections in photographs may detract from the true representation of this example of antique silverware. 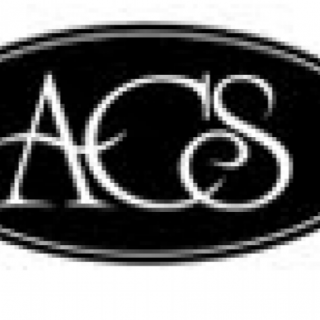