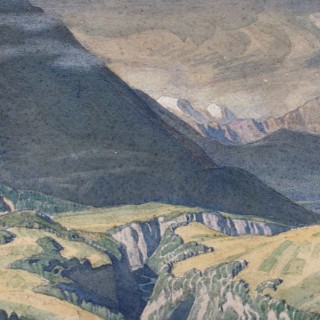 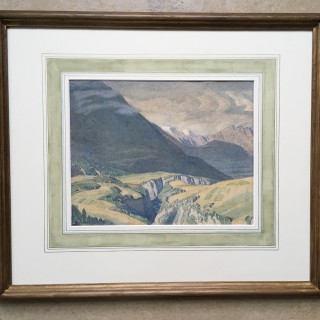 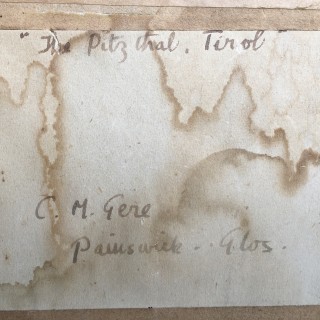 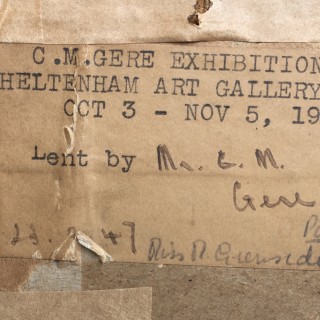 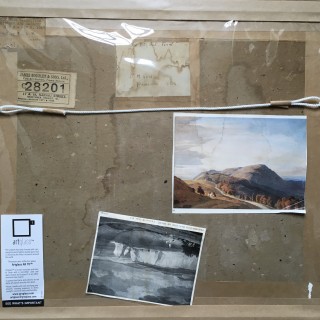 Signed and inscribed on a label on the backboard: 5. The Pitzthal, Tirol/C M Gere/Painswick, Glos
Watercolour
Framed

The Pitzeklamm or Arzler Pitze Gorge of the Southern Austrian Tyrol is a deep ravine which carries the waters of the River Pitze from Arzl to the River Inn. Today the gorge is spanned by the Benni Raich bridge, the highest suspension footbridge of its type in Europe.