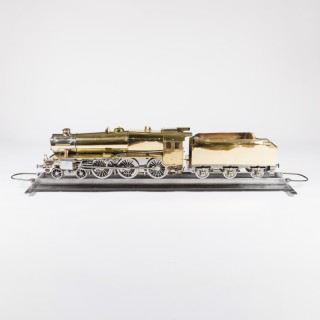 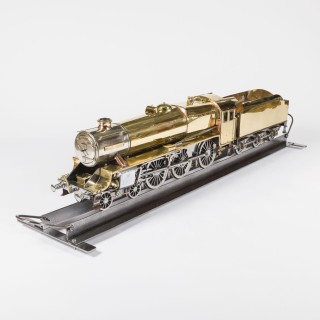 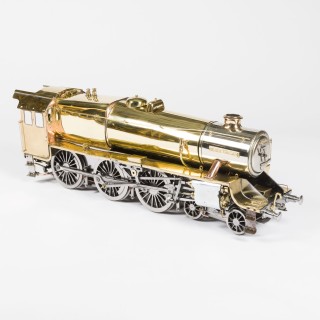 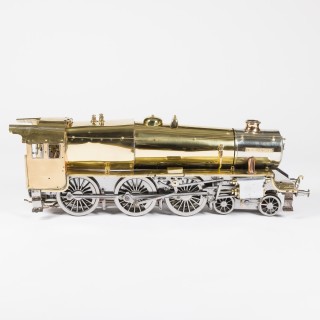 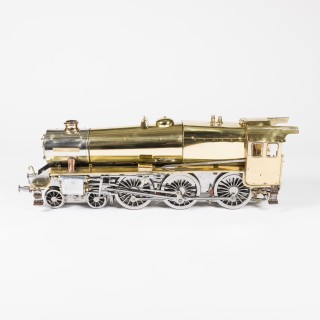 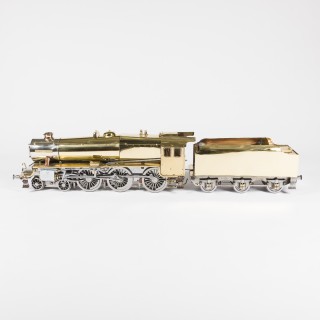 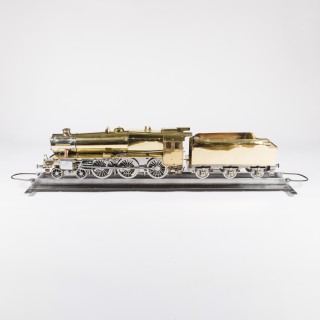 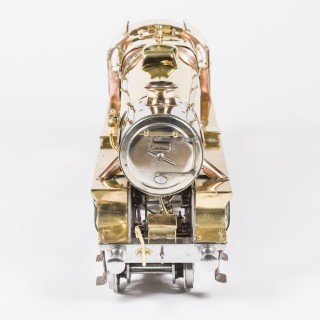 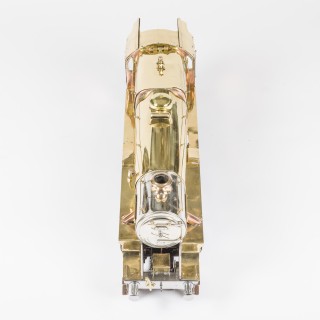 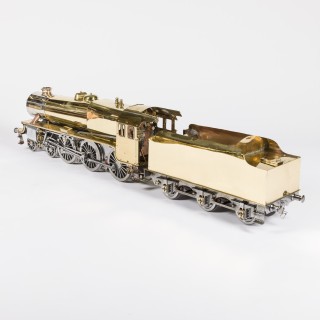 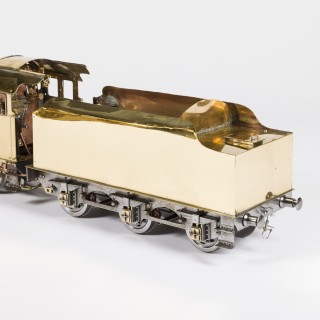 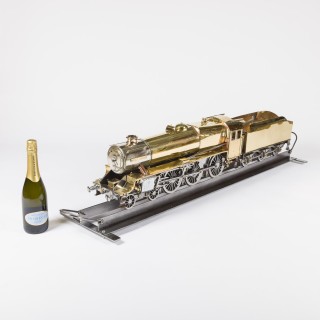 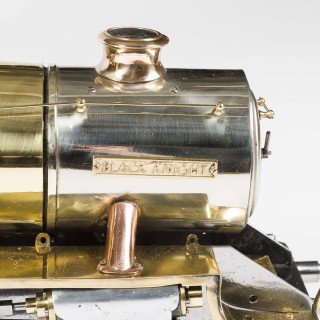 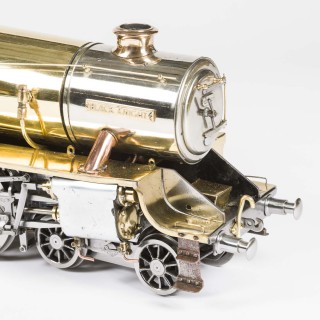 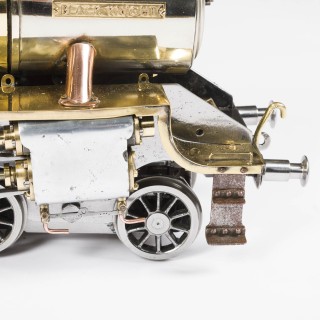 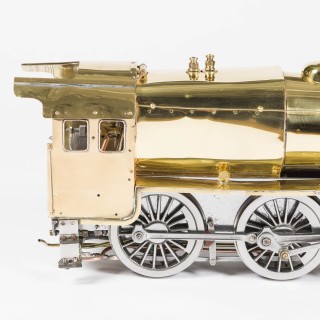 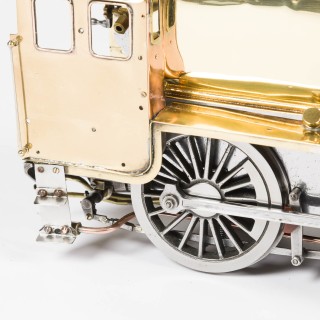 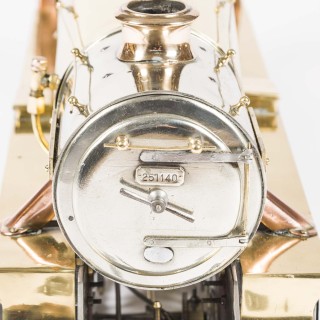 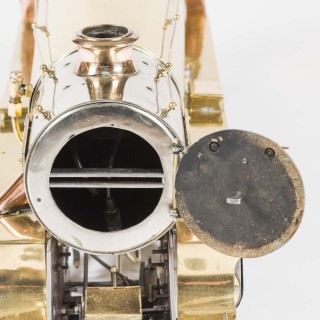 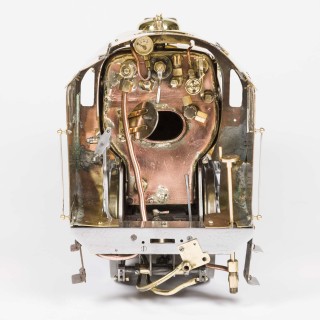 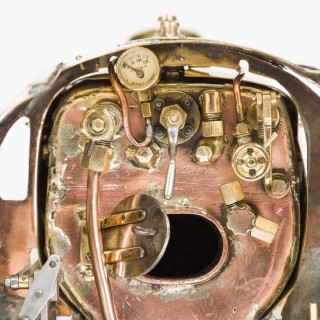 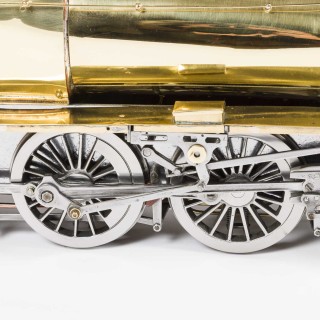 Mounted on a display track.

The LMS Stanier Class 5 4-6-0, commonly known as the Black Five, is a class of 4-6-0 steam locomotives. It was introduced by William Stanier and built between 1934 and 1951. The London, Midland & Scottish Railway (LMS) Black Five was a mixed-traffic locomotive designed by Stanier. In their early days the locomotives were known as the “Black Staniers” from their black livery, later on, the nickname of the former became “Black Five”, the number referring to the power classification, 842 were constructed. The locomotives were an instant success and were well-liked by their crews for their versatility. One of them was known for reaching speeds of up to 96 mph in service.