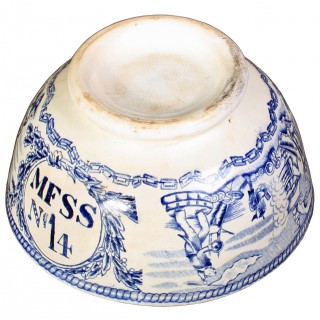 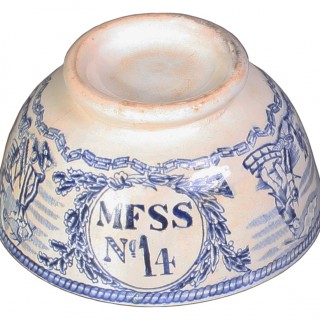 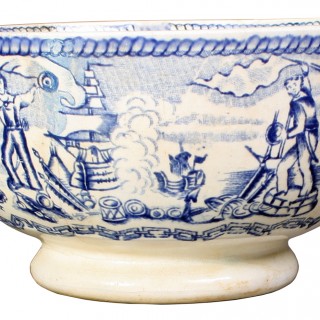 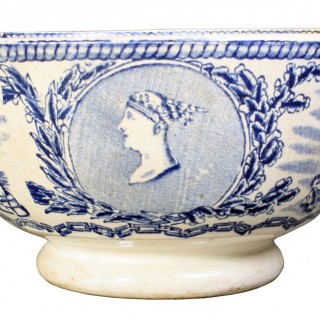 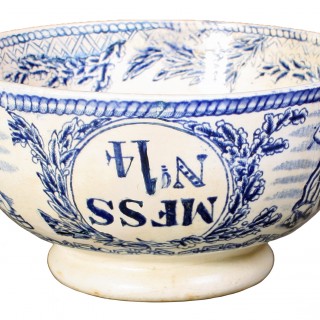 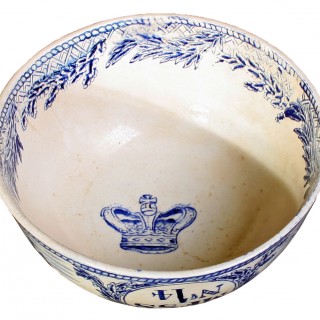 A blue & white earthenware Naval Mess Bowl decorated by transfers. The transfer shows Queen Victoria’s head, which dates the bowl to pre 1901, along with rope to the rim, sailors waving flags, a ship and chain. The interior has a crown to the bottom of the bowl and oak and laurel leaves to the inside of the rim. The bowl also has a transfer cartouche to the opposite side to Victoria noting Mess No. 14. This number would have been hand painted for the individual Mess. The Mess number is shown upside down as this is how the bowl would have been stored when not in use. Although this bowl is not marked with a maker’s stamp, the pattern is heavily associated with the Bovey Tracey pottery in Devon, who were one of the main crockery suppliers to the Navy’s sailors in the 19th century. Up until 1907, sailor’s were expected to provide their own bowls and plates. The bowl has been restored to the rim interior. Late 19th Century.

Restoration to a chip to the inside rim.