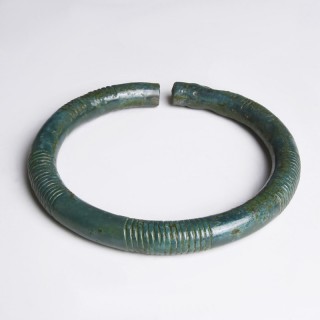 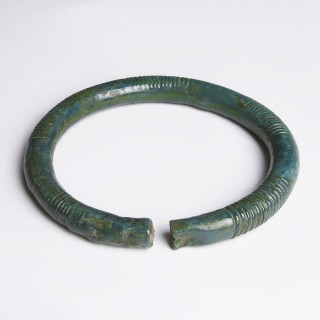 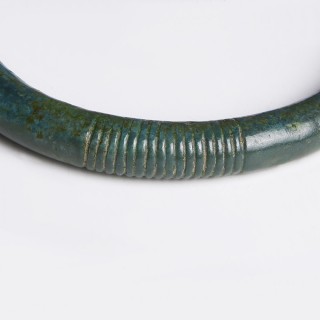 A solid bronze arm band from the European Bronze Age, made from one rod of bronze. Incision marks appear interspersed in sections to create a linear pattern, and a rich patination has formed over the entirety of the piece. A very large and rare example.

Metal jewellery is one of the most significant features of Bronze Age life; it has been discovered as valued grave goods, buried with men and women alike. The wealthiest burials were those of warriors and princes, often containing exquisitely made bronze swords, spears, and jewellery. It was a very important part of most Bronze Age societies, and something that held great value as a major part of their identity.