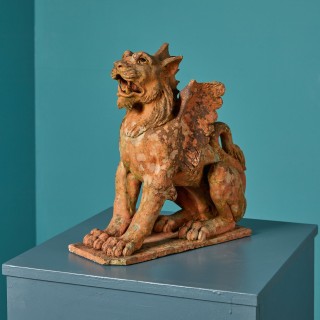 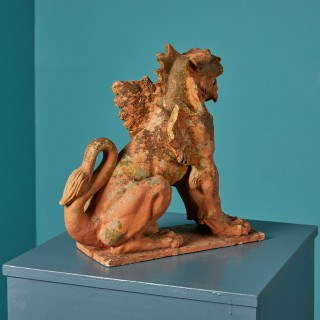 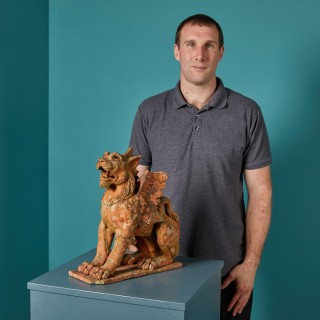 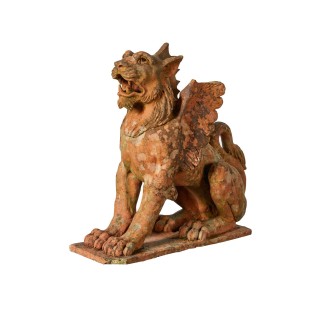 Resembling a mythical creature of folklore, this winged lion statue is an object of interest and historical intrigue. Despite losses to the wings and one ear, details of the lion crafted in terracotta more than 100 years ago are beautifully preserved, retaining the lion’s features and presence. It is made in buff terracotta with a patinated red finish.
Symbolically, the winged lion is representative of Saint Mark, the Christian Evangelist and Patron Saint of Venice. It is believed that the lion represents the strength of his word and the wings his spiritual elevation. According to ancient legend, Saint Mark was taking refuge from a storm in the city of Venice when he dreamt of an angel visiting him in the form of a winged lion. This mythical winged beast is found in religious architecture across the globe to this very day including Saint Mark’s Basilica in Venice and within the city’s coat of arms.

Good structural condition. Chip to the front of the plinth. Losses to the wing tips and one ear. Wear consistent with age and use. Minor Losses, scuffs, and scratches.