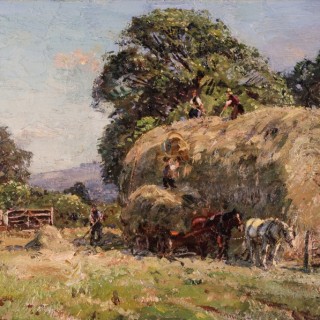 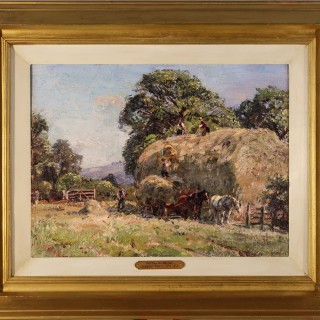 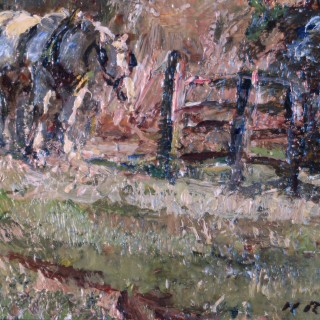 Herbert Royle was born in Manchester. He studied art at the Harris Institute in
Preston and under the landscape painter Buxton Knight. He went on to become a painter of landscapes.
Herbert lived in Southport until 1918 when he moved to the Yorkshire Dales, settling first near Bolton Abbey and then moving to Nessfield near Ilkley, where he made his home for more than forty years. He is best known for his winter landscapes of Wharfdale and the Scottish Highlands. Herbert continued to paint until shortly before his death.
He first exhibited his work in Liverpool and then had work accepted by the New English Arts Club in 1892. For fifty years he exhibited at the Royal Academy from 1894 and the Royal Scottish Academy from 1900, as well as the Glasgow Institute and the Royal Institute of Painters in Oil. Herbert also exhibited frequently in Yorkshire. He died at Nessfield on 19 October 1958.
A retrospective exhibition was held at the Cartwright Memorial Hall, Bradford
in 1947.

This painting is in lovely original order in a nice period frame.