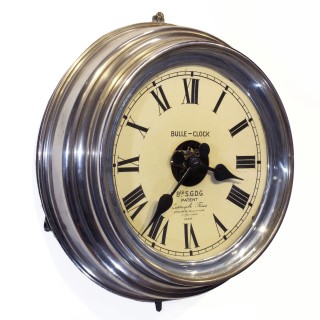 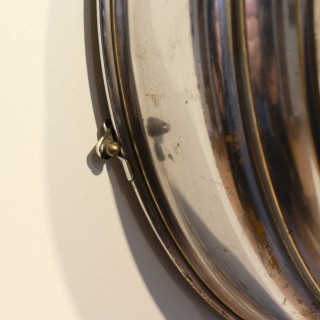 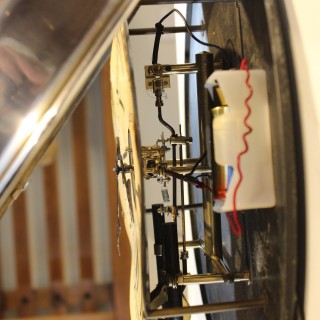 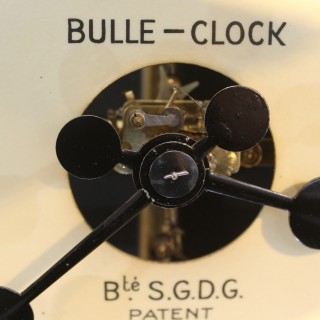 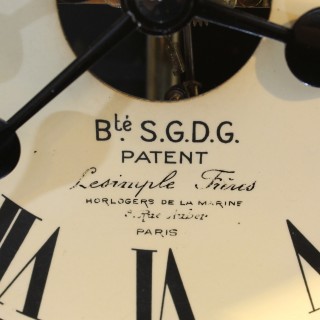 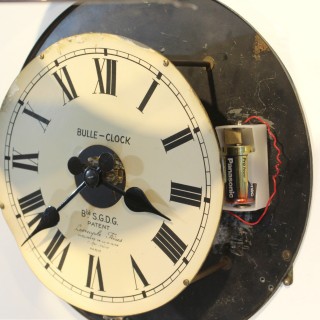 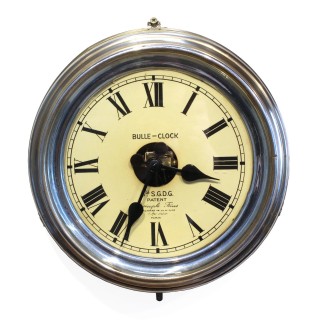 A large metal wall clock from c.1930 with a visible movement. This would look great in a modern setting with an industrial chic look.

The electromagnetic movement has been fully overhauled, and is now powered by a modern C-type 1.5V battery.

Maurice Favre-Bulle designed this electromagnetic mechanism and patented it in 1920. The pendulum consists of a coil which passes over the curved bar magnet with three poles (North at either end and South in the centre, or vice cersa). As an electrical current is briefly imparted to the coil, it is attracted towards one end of the bar. It then naturally falls back to (and over-runs) the centre, when the impulse is again imparted to attract it to the other end. During the period 1920 to 1952 it is estimated that production was in the region of 300,000 clocks.

This clock is Bulle’s model Ee, illustrated in their 1925 Grande Prix catalogue.

The movement’s escapement is visible through the centre of the dial – click on the link to the video.

The metal case was nickel-plated, the plating has aged well and evenly.  The case is fitted with a glass to protect the dial. The bezel is hinged at the top, and lifts to give access to the hands and movement.

The price includes delivery within the mainland UK, and the clock is guaranteed for 3 years.