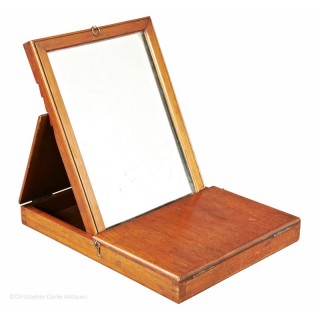 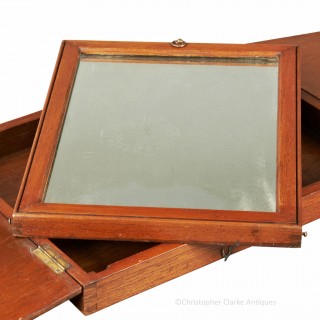 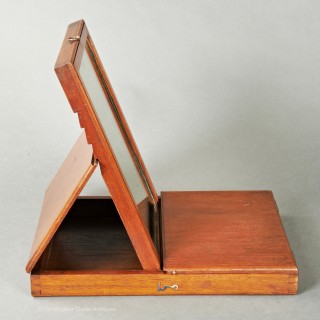 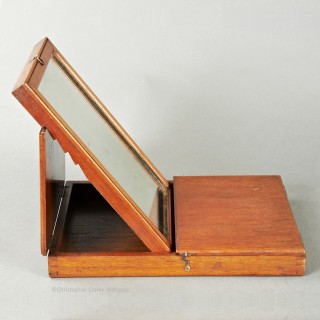 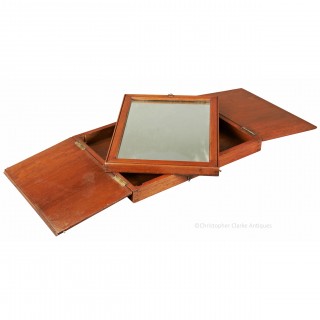 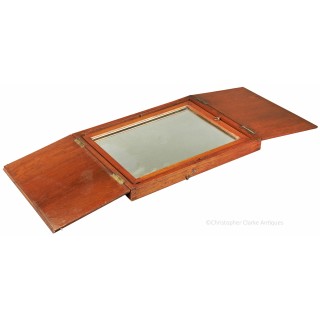 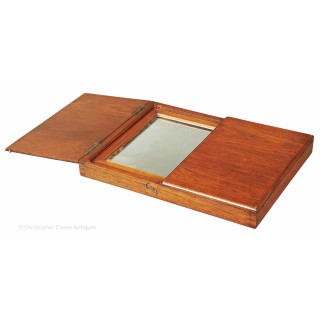 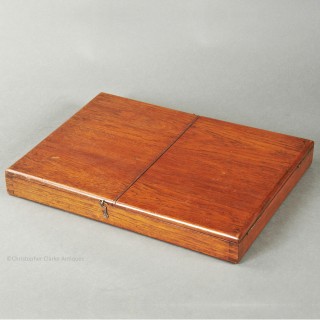 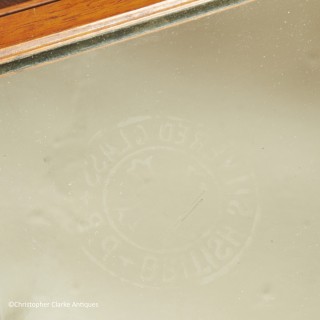 For use, the mirror can either be removed from its protective box and hung or the box can be used as its stand. The lid of the box is made in two halves with each rebated with a lip to fit neatly to the other. They are each locked in place during travel with a replaced swing hook to the side.

For use with the box as its stand, the mirror is lifted out and put back with the two screws fitting into rebates set to the middle of the sides of the box. The back cover board is then lifted to fit into one of four notches to each side of the mirror, giving you the desired angle for the looking glass. The front cover board is then closed.

The box is stamped with the reference number 8499 to the underside. This four-digit form of numbering was typical of the Army & Navy CSL who were probably the makers. When held in a certain light, it can be seen that the glass is marked ‘British Silvered Glass PB’.

In 1883 they offered the mirror in either mahogany or teak and they called it a ‘Portable Looking-glass, in box frame’. It also came in 7 sizes with this being the middle size. It would have cost 17 shillings and 6d then which is approximately £120 in today’s money. By 1907, it was also available in oak although that cost nearly 2 shillings more. Its name had changed to a ‘Box Glass (Square)’. The number of sizes had increased to 9 with 2 smaller mirrors available. This mirror would have cost 20 shillings and 4d or around £135 today.

The design was produced over a number of years and retailed by a few different makers. Late 19th Century.

The size given is with the mirror set to its mid angle in the box.