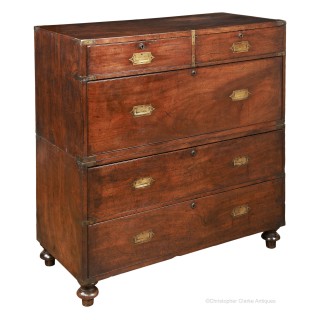 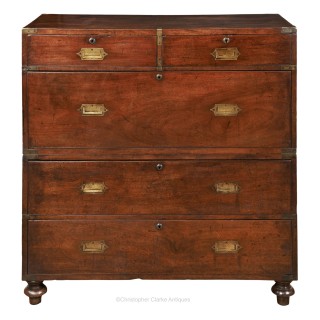 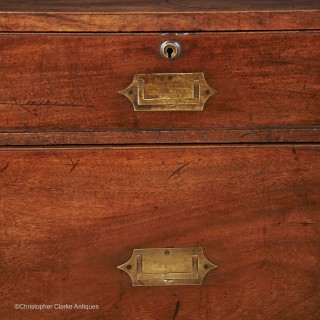 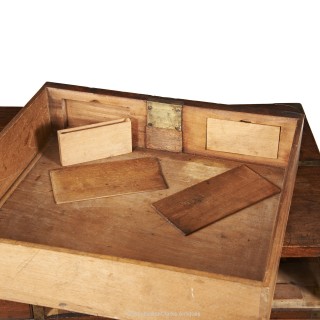 This mahogany military chest has early flush brass handles, similar to the chest shown opposite.

The drawers have mahogany linings and raised, round escutcheons for the lever locks. The 2 short drawers have a cock beading mould cut into their top edge which echoes the mould cut into the edge of the drawer fronts. This also helps to disguise the two secret drawers in the top right-hand drawer. A rectangular recess is cut into the back of the drawer front on either side of the lock to contain a removable compartment. These recesses are each covered by a thin mahogany board that slide up on a tongue and groove joint. When in place, the inside of the drawer looks normal. When travelling, a soldier would not have many safe places to hide their valuables. Most secret drawers to writing boxes are easy to locate, if you have seen one before, and they may be the first place a thief would look. It is unlikely that anyone would look for hidden spaces on a standard campaign chest.

Besides being an earlier example than most of a campaign chest, this is an intriguing piece for its secret drawers and they certainly add interest. Mid 19th Century.

Generally good but a bow to a drawer front, patch to side & dark rings marks to top. Carrying Handles removed.