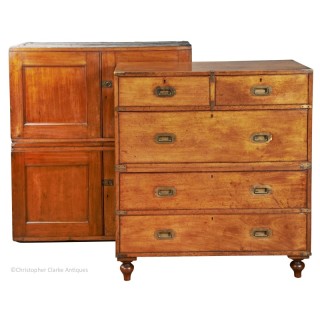 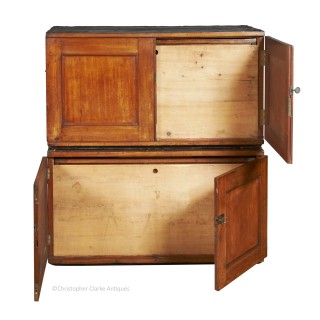 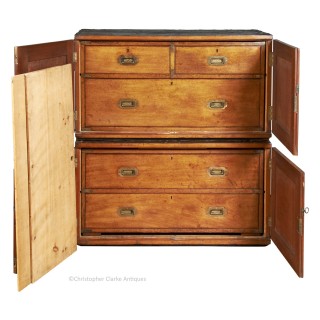 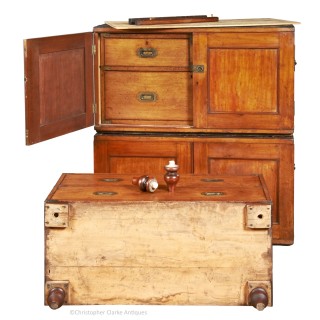 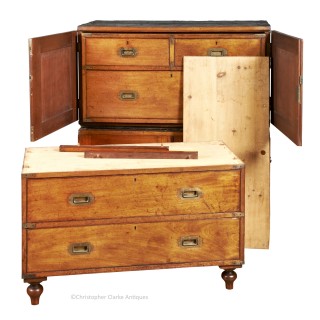 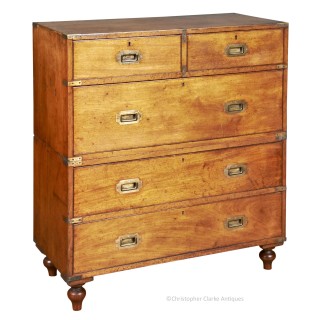 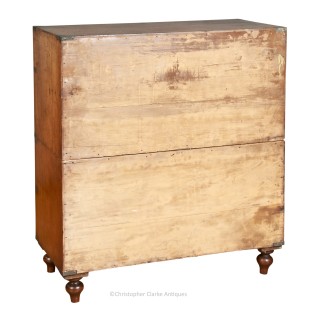 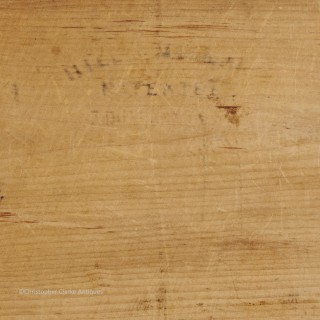 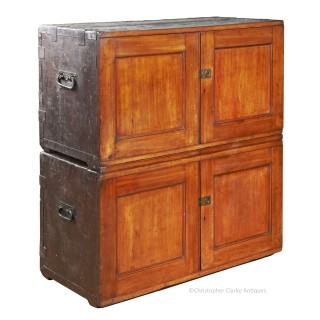 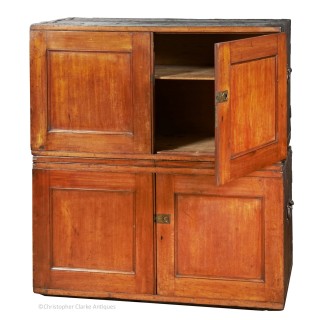 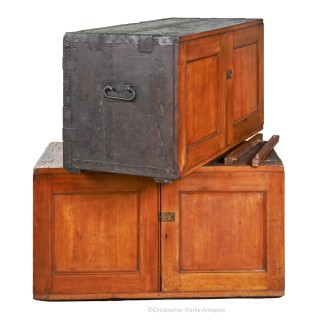 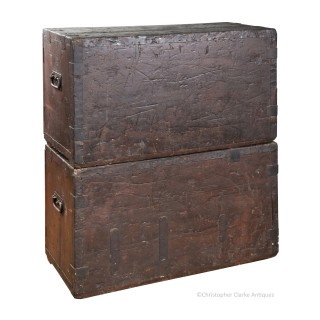 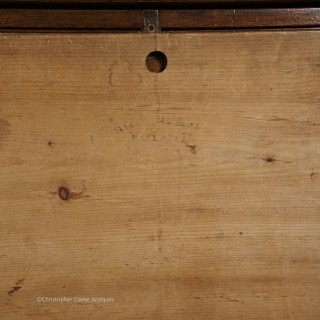 A standard mahogany Campaign Chest with its original Packing Cases, made by Hill & Millard of 7 Duncannon Street.

Most campaign chests were separated from their original packing case on the soldier’s return home. The chest might be given house room, but the cases were put into the outbuildings or broken up. The tragedy of this is that they often had both the owner’s and maker’s detail on them which were also lost. It likely that these packing cases survived because they were a little smarter than most. They have mahogany doors whilst other packing cases generally have painted pine doors. They also have a two-part bar which is set into the gap between the two cases to give a clean line to the piece of furniture. The boards, which would have been bolted over the mahogany doors during travel, have been lost.

So, we have two pieces of furniture in one: a standard mahogany chest and the packing cases which were called a wardrobe by most makers. The wardrobe has a pine shelf to each section which slides into groove to the case interior. During travel they are pulled out and stood in front of each section of the chest to form a barrier between the drawer fronts and the case doors. The shelves also give us a vital clue to the maker. One has a worn Hill & Millard stencil to it.

We have written about Hill & Millard in several catalogues and more can be read about them on our website. They were good London makers with Richard Millard their driving force. Its not easy to find campaign chests with their original cases and even harder with mahogany show wood. Circa 1870.