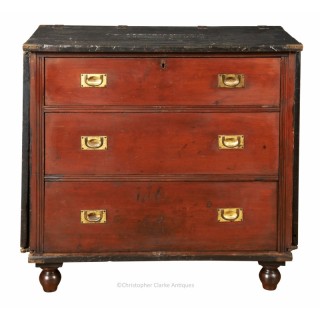 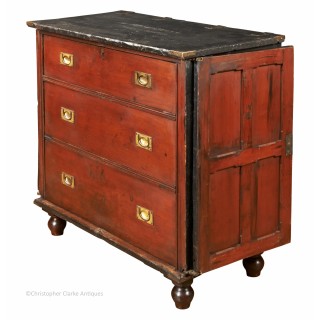 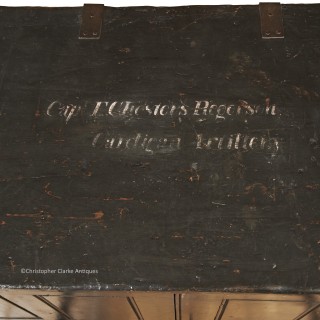 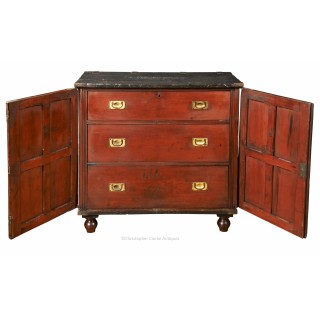 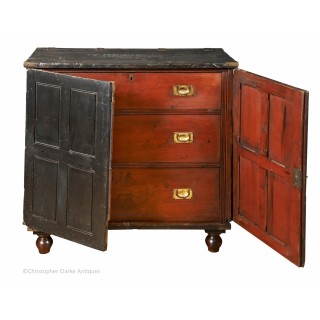 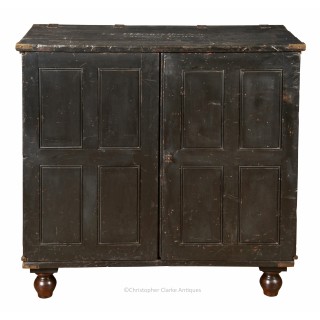 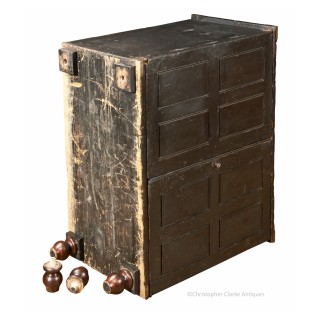 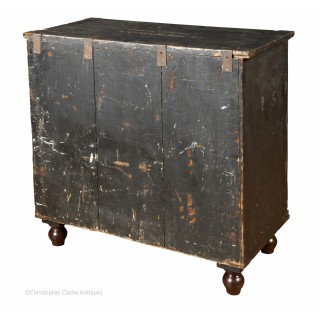 The three painted, faux mahogany drawers are closed by two cupboard doors fitted on hinges that allow them to sit flush to the sides of the chest when fully opened. The doors are panelled with the interior frame cut with a moulded edge to lift their decoration. The inside of the doors are also painted to resemble mahogany. The chest has brass corners to both the top and bottom and the back top edge also has iron banding to add strength.

At some stage in its history the four blocks to take screw in feet were removed from the base of the chest. These, and the turned removable feet, have been replaced. There is also evidence that somebody had added carrying handles to the sides, without realising that they would prevent the doors from opening fully.

The details of the owner ‘Capt. E. Chesters Rogerson, Cardigan Artillery’ are painted to the top of the chest. Edward Chester Rogerson joined the Militia Artillery as a Lieutenant on the 11th of May 1889. He became a Captain on the 18th of April 1894 and an Honorary Major on the 9th of August 1902. In the same year he went to South Africa for the Boer War and was awarded a medal with two clasps. In 1909 he went on to the Reserve of Officers list.

Militia Regiments typically went on a long training camp at least once a year and such a chest would have been useful by an officer who could be away from home for over a month. The Cardigan Milita are known to have regularly trained and camped at the Maker Battery, near Plymouth in the early 1900s. It’s probable that Rogerson took this chest to both South Africa and to his training camps. From his rank we can date the chest to between April 1894 and August 1902.