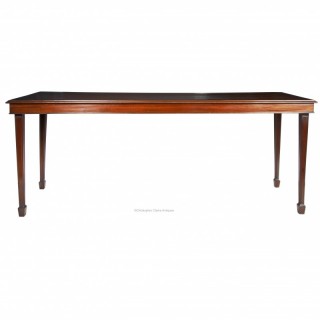 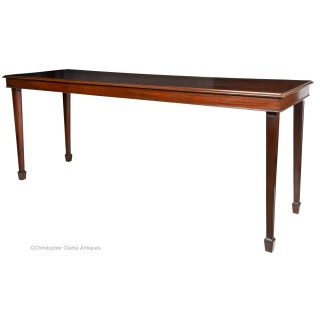 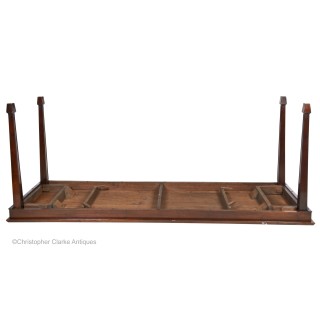 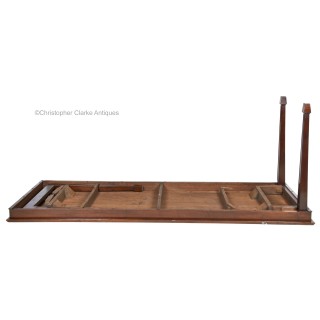 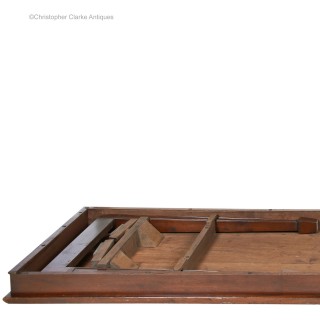 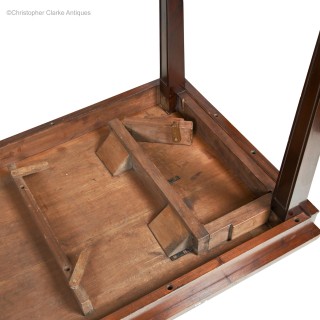 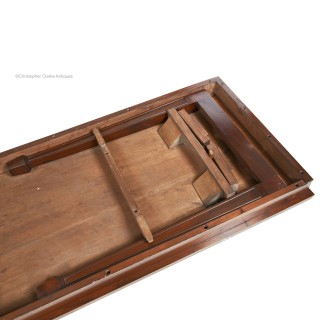 A very long, mahogany portable Serving Table made to fold.

The table has a tapering leg with a raised line mould and a spade foot. The top and the bottom of the apron also have a moulded edge. It is likely that this table was meant for domestic use rather than military and by repute was bought from a barn sale at Fonthill in Wiltshire. Given its size, it would have been very useful for serving food and drinks at parties and perhaps its occasional use was the reason for its ability to fold.

When set up, the table is very stable and this is down to the folding mechanism. The legs fold as a pair united by a stretcher. When set up, a hinged block to each side sits at a right angle to the legs’ stretcher firmly holding it in position. For extra strength, the blocks each have a bar which drops into a groove to lock them into place. Angled iron fittings have been used to screw various blocks of wood into place on the underside of the table.

When the legs are folded, they fit flush to the underside of the top and short wooden bars are twisted to hold them in place.

Although made around the turn of 1900, this table looks like one from the late 18th century, as was popular at the time. Even for a domestic serving table it would be considered long. Although meant for use in a great hall or dining room, it would fit just as well into a long hallway. Circa 1900.