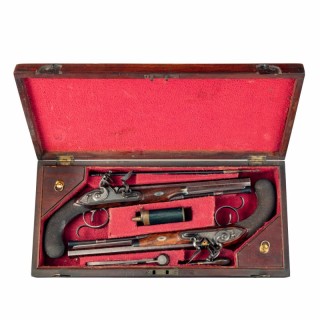 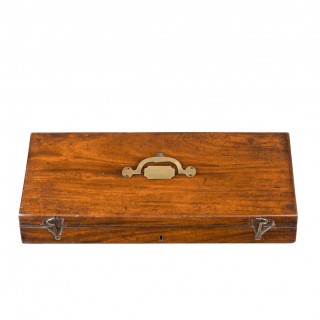 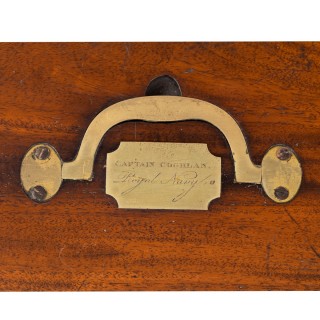 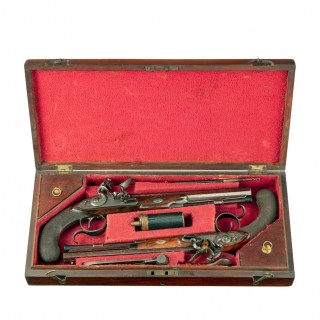 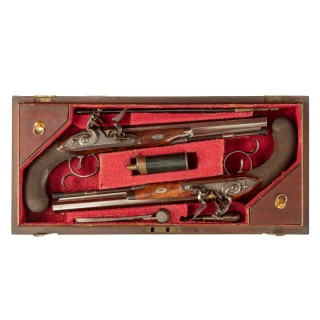 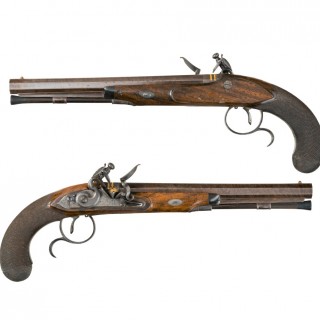 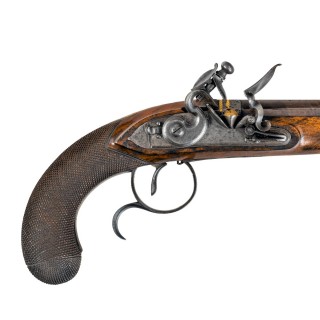 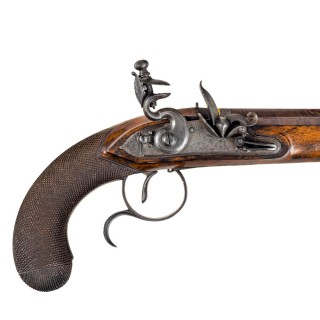 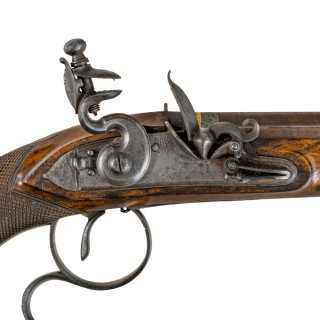 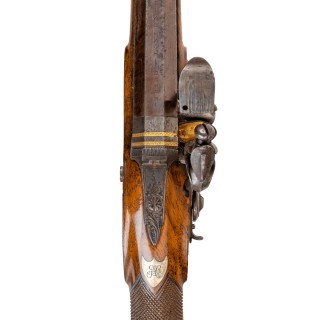 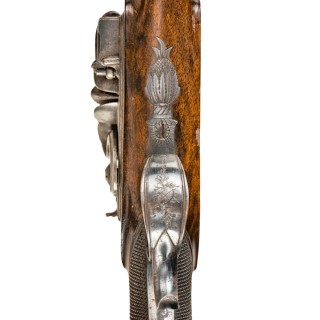 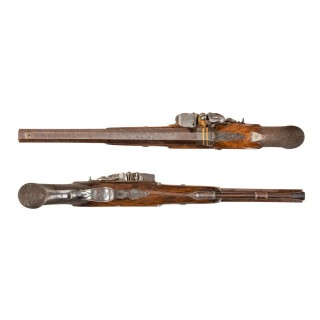 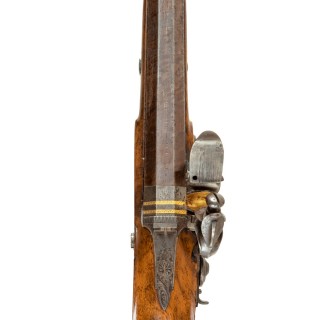 A pair of flintlock duelling pistols by Twigg of London, with octagonal barrels inlaid with gold, walnut stocks and chequered butts. All in the original fitted mahogany case with a steel bullet mould, oil can and cleaning rod. The cover is mounted with a plaque engraved Captain Coghlan Royal Navy.
English, circa 1785.

The ‘Intrepid’ Jeremiah Coghlan (1774-1844) was famed for his extraordinary daring in a succession of sea-fights. After going to sea in the merchant service, Coghlan caught the eye of Captain Pellew (see Pellew Sword page 82) in securing a line to the troop transport Dutton before the ship foundered off Plymouth in 1796. Like the fictional Hornblower, for whom he was a real-life inspiration, Coghlan was taken by Pellew as midshipman into Indefatigable where he continued to impress in a series of daring boat-actions. Rapidly promoted lieutenant, Coghlan was given command of the cutter Viper from which he led the cutting out, against almost impossible odds, of Cerbère at Port Louis in Brittany. He then exceeded this exploit when, heavily outnumbered and
outgunned on both occasions, he destroyed General Ernouf off San Domingo and captured Diligent off Puerto Rico. Equally effective ashore, in 1813 Coghlan led 200 marines in the capture of the citadel battery at Cassis in the South of France before capping an extraordinary career by forcing the surrender of Joachim Murat, King of Naples, in May 1815, securing the city and its treasures for the restoration of the Bourbon royal family. Having dined with Nelson in 1800, Coghlan then claimed the double distinction of eating with Napoleon during the emperor’s transportation to Elba for his short-lived exile.

Coghlan received a number of presentation weapons during his career, including a 100-guinea sword from Admiral Earl St Vincent. Given their date and nature, it seems likely his duelling pistols were also a gift, possibly from his patron Admiral Edward Pellew, Viscount Exmouth.
John Fox Twigg (1732-90) is recorded as gun-maker in Charing Cross 1755-60, 132 the Strand 1760-76 and Piccadilly circa 1776-9. He was in partnership with his nephew John Bass from 1788 until his death.
The barrels: Length: 10in (25.5cm)