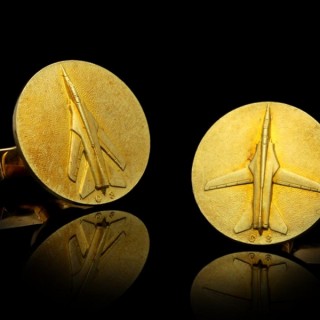 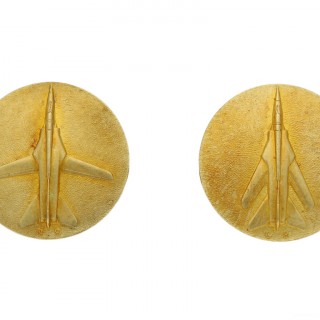 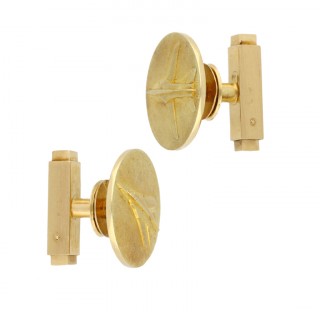 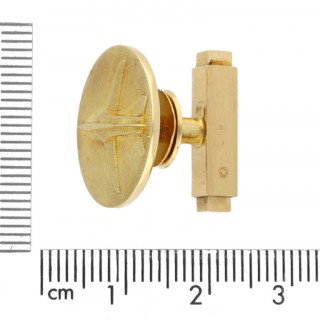 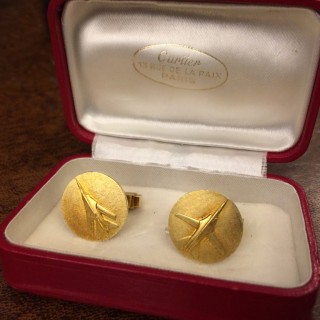 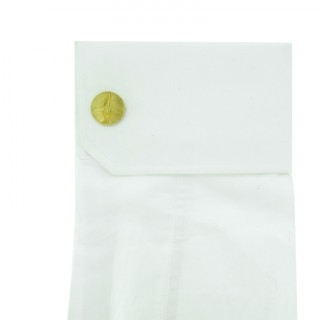 Cartier Mirage G8 cufflinks. A pair of yellow gold cufflinks, composed of a circular plaque with textured finish featuring an intricately raised plane motif on each alongside the inscription ‘G 8’, with smooth polished borders, fitted to the reverse with a secure push button closure mechanism, approximately 2cm in diameter and 24.3g in weight. Marked 18ct yellow gold, signed ‘Cartier’, French, circa 1968, accompanied by a fitted box.

The Mirage G8-01 and G8-02 were French prototype fighter jets built by Dassault Aviation. The G8-01 was a two seater aircraft, undertaking its first flight on 8th May 1971, the G8-02 was a single seater aircraft, making its first flight on 13th July 1972. Although Dassault built and flew protoptypes, the programme was terminated in the 1970s without the aircraft entering production.