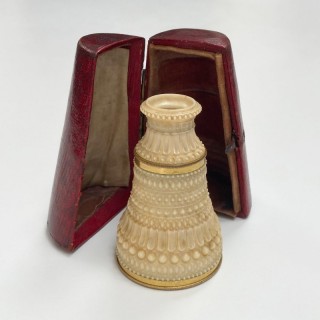 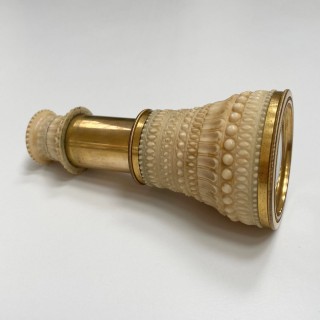 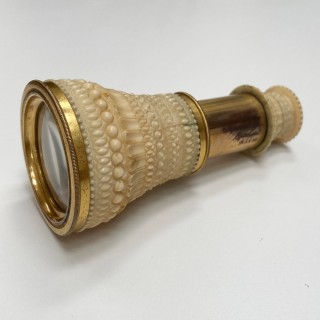 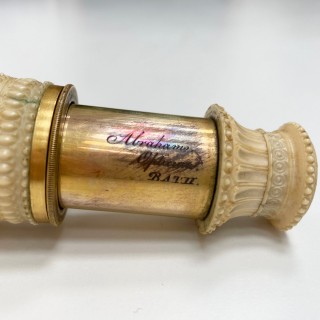 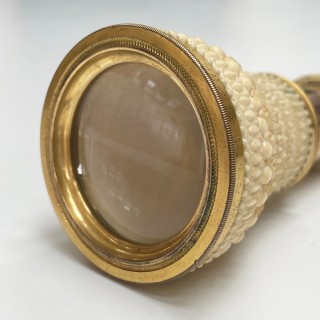 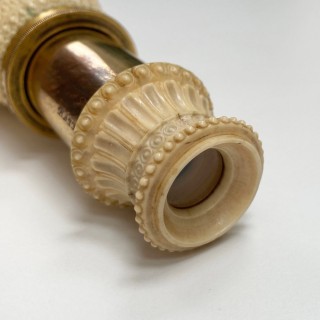 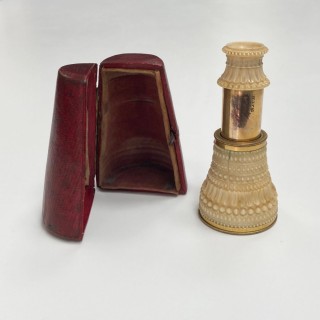 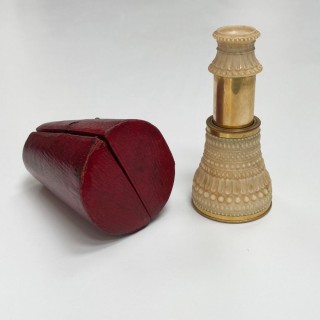 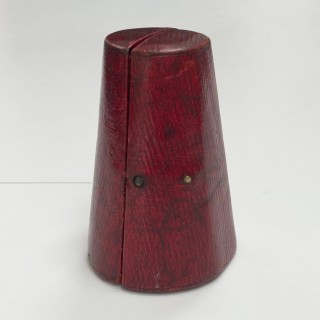 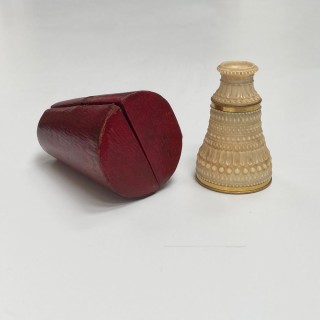 Housed in a two part hinged and conical morocco leather case with original silk and velvet interior, this superb quality monocular is comprised of an engine turned ivory concial body and eyepiece with brass fittings to house the objective lens and to retain the single draw tube. The brass tube is engraved to “Abraham Optician, Bath”. It measures just 7cms closed and 10cms extended with an objective lens one and a quarter inches.

The founder of the business was Jacob Abraham who was a thriving optician and instrument maker in Bath during the early part of the Ninenteenth Century. Originally from Exeter, the family moved to Bath in circa 1800 trading first from St Andrew’s Terrace and then later from 7 Bartlett Street. Given the fashionable setting, Abraham was patronised by various members of the nobility and gained a Royal Appointment to The Duke of Gloucester and was also heavily patronised by The Duke of Wellington.

He further expanded his business to Cheltenham in 1833 but the venture seems only to have lasted for a short four year period. His Bath business lasted until his eventual retirement in 1845.

Similar to many instrument making families, his son Abraham Abraham also founded a satellite business in Liverpool in 1817 and took up premises in Lord Street. During the latter part of the 1830’s (like his Father) Abraham began a series of partnerships in order to broaden his trade further. He first partnered with Simon Phineas Cohen who opened a Glasgow shop in the Abraham name and shortly afterwards formed a more famous partnership with a young John Benjamin Dancer who took control of new premises in Manchester under the name of Abraham & Dancer. Both ventures finished within four years of their birth, the Glasgow premises were closed and the Manchester partnership was dissolved by mutual consent with Dancer left to trade in his own right.

The original Bath operation was the springboard for Abraham branded businesses all over the UK’s most prominent cities during the Nineteenth Century and can also claim fame to having started the career of the hugely renowned JB Dancer. A very interesting instrument making family.