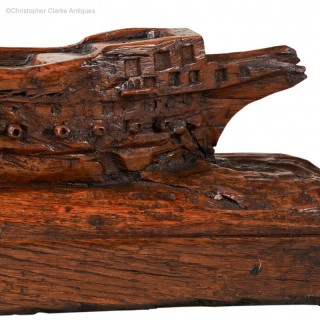 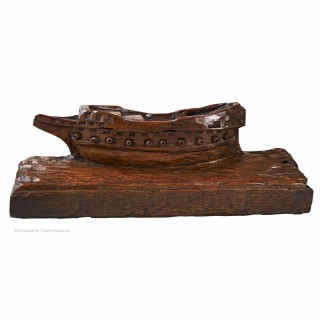 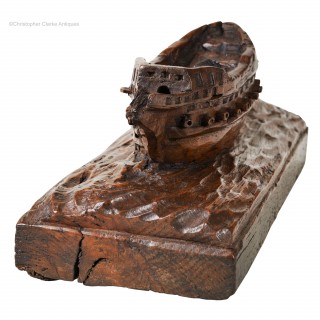 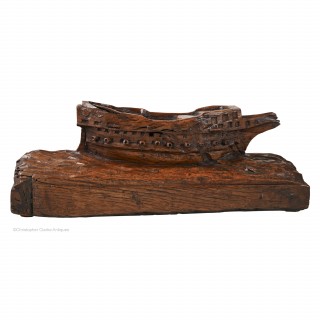 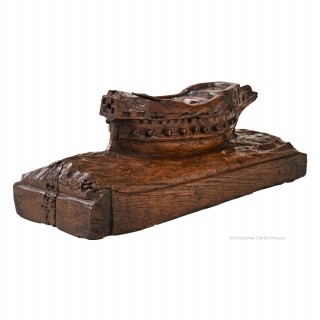 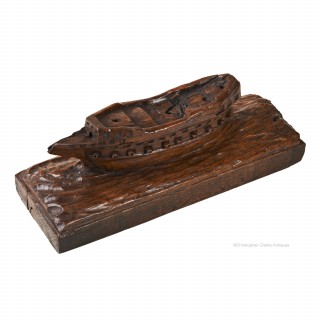 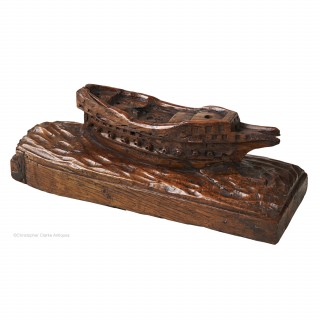 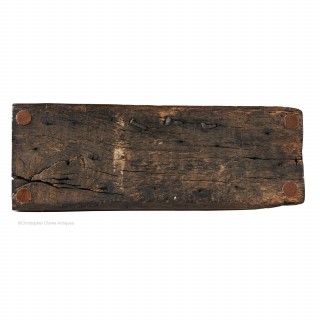 Carved Model of a Ship

An interesting model of a Naval Ship carved out of oak.

The wood used has nails to the underside and was likely to have been a piece of reclaimed timber which a sailor has carved. The wood has a number of natural splits and faults which the carver has worked with and add to the character of the piece. There are ten cannon carved to each side and evidence that the ship originally had masts fitted to it.

The carving has a naive charm to it and can be considered an unusual piece of sailor’s work. Early 19th Century.

Carved Model of a Ship