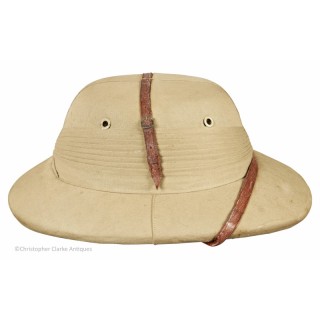 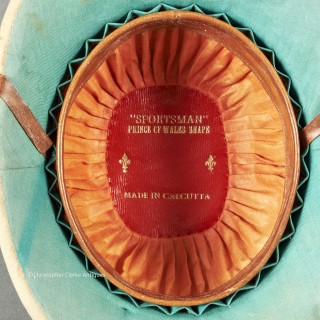 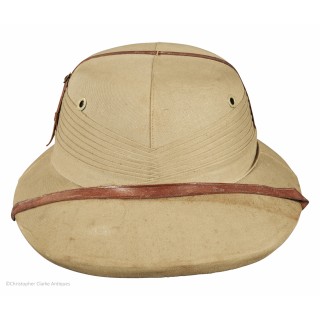 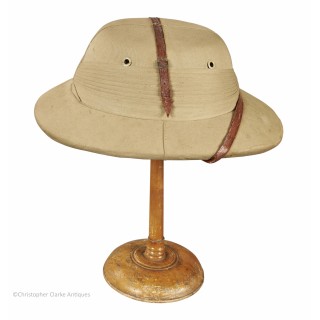 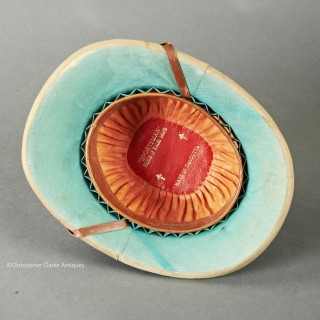 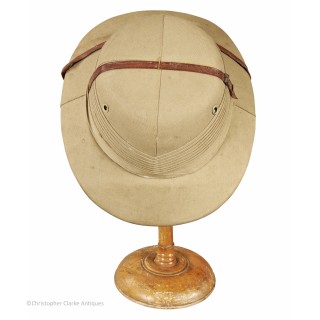 A Sportsman’s Princes of Wales Shape Sola Tope or Sun Hat made of cork with a khaki cover and leather belt strap.

This form of Pith Helmet became popular after it was worn by The Prince of Wales during his visit to Indian in 1875-76. The anonymous Calcutta maker was still seeking to capitalize on that 30 years later describing the helmet as the Princes of Wales shape.

Sold without the hat stand.