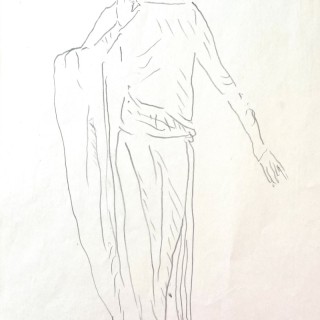 Cecil Beaton - Design for an Evening Gown I

Design for an Evening Gown I

Cecil Walter Hardy Beaton was a fashion and portrait photographer, diarist, interior designer and stage and costume designer for the stage and screen. He was born in Hampstead and educated at Harrow and St John’s College, Cambridge although he left without a degree in 1925. He worked as a photographer for fashion magazines and became an extremely popular and well-connected society portraitist who also recorded the gathering of his friends among the Bright Young Things of the 20s and 30s. After the war Beaton started designing stage sets and costumes for London and Broadway. His most lauded achievement for the stage being the costume for Lerner and Loewe’s 1956 production of My Fair Lady.

Cecil Beaton - Design for an Evening Gown I