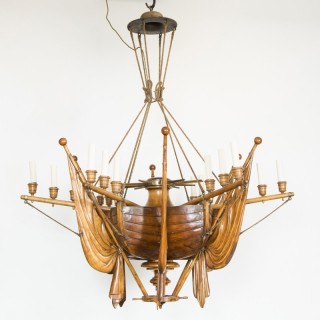 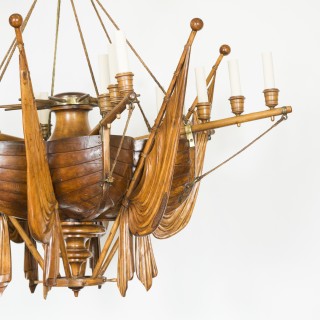 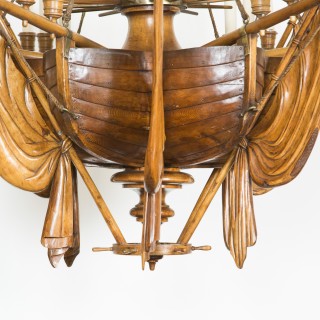 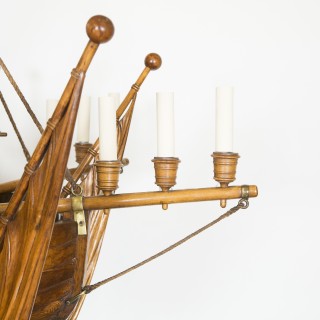 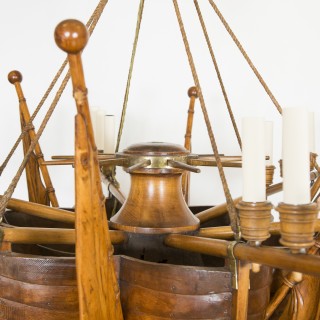 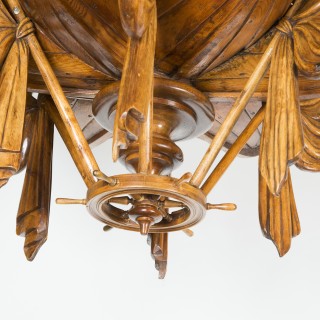 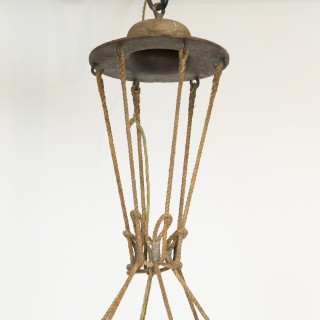 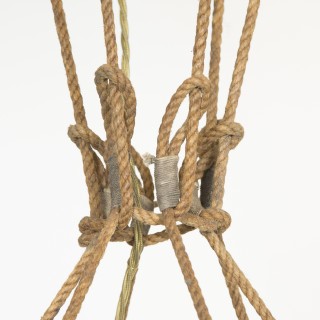 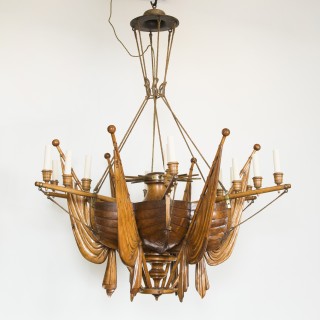 A six arm chandelier in the form of ships bow, with each jib having three lights on it. There is a capstan at the top and a ship’s wheel underneath. The chandelier formerly hung in the Royal Swedish Yacht Club, Stockholm.