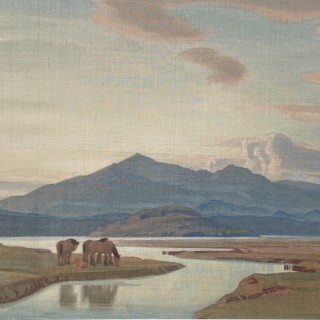 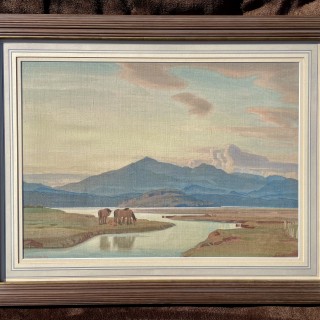 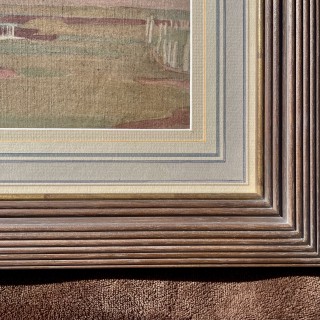 Gere was born in Gloucester and studied at the Birmingham School of Art under E R Taylor and he joined the staff of the art school in 1893. In the 1890s he worked as an illustrator, contributing to The Quest and books illustrated by the Birmingham Group and designing the frontispiece for William Morris’s News from Nowhere (Kelmscott Press, 1892). In his early career he was involved in a number of the arts and crafts, designing embroidery, metalwork and stained glass and painting the reredos in the Chapel at Madresfield. Gradually, however, he became almost exclusively a landscape painter. In about 1904 he and his sister Margaret settled in Painswick, near Stroud, and many of his subjects were found in the surrounding Cotswolds, which was to become his favourite painting ground. He exhibited at the New Gallery, Society of Painters in Tempera, Royal Academy, New English Art Club, Royal Watercolour Society and Art Workers Guild. A memorial exhibition was held in Gloucester in 1963.