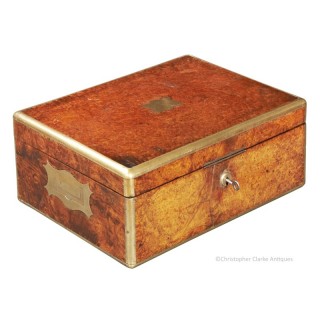 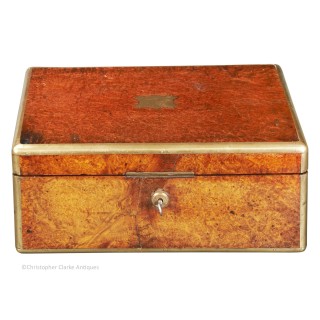 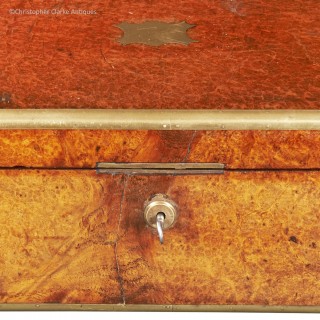 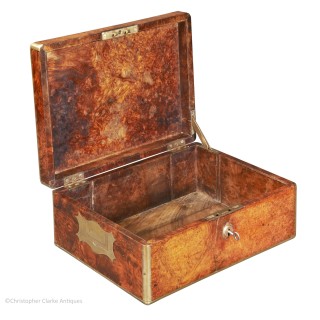 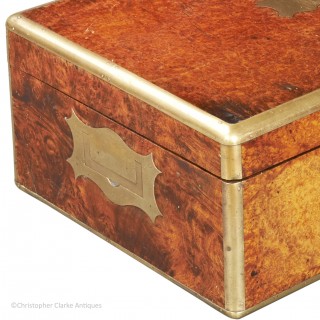 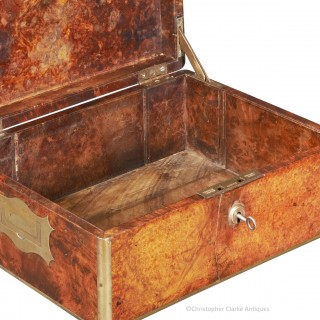 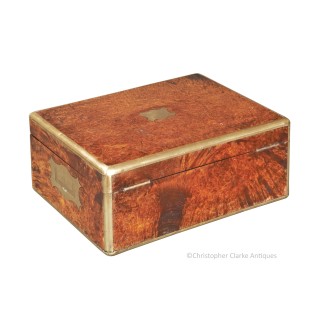 Its probable that this box was originally a dressing case and at some time in it’s life the trays and dividers etc. were removed. The interior has evidence of the removed dividers to the base. The amboyna is a rich colour and the busy grain is offset by the brass edging which also serves to protect the corners. The top is held open by a sprung brass stay which is squeezed to release it.

The box has good campaign handles to the sides with a blank engraving plate, which follows the same shape, to the top. The Hobbs lock, although period, is a replacement and retains its key.

This box was probably originally purchased by a westerner passing through one of the Chinese ports. Although the contents have been removed, for modern use, it probably makes it more practical. A good looking box. Mid 19th Century.