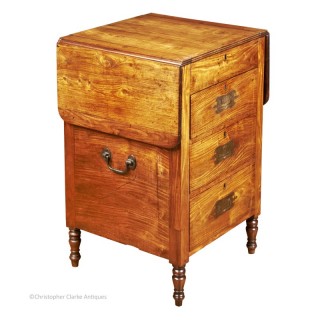 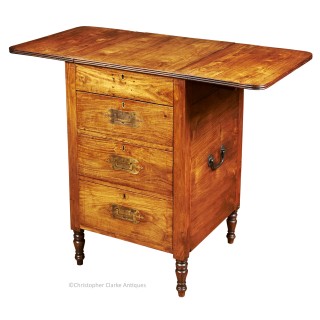 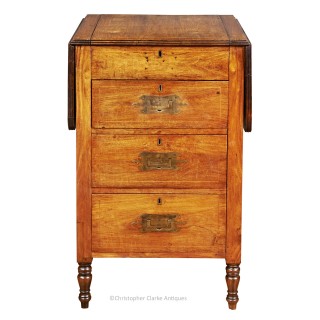 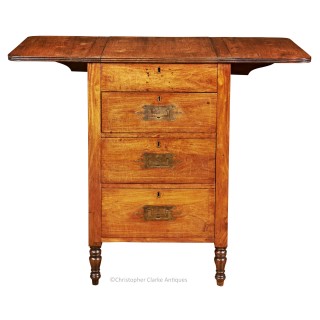 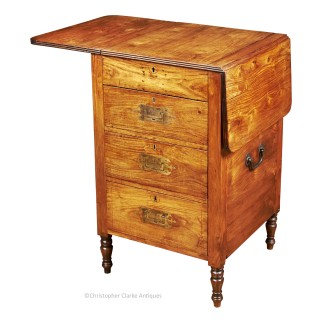 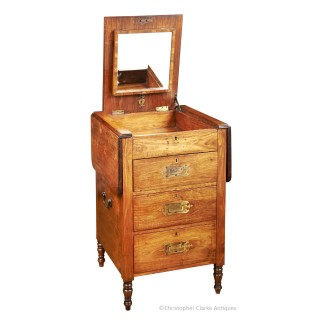 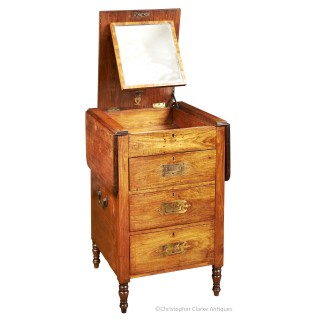 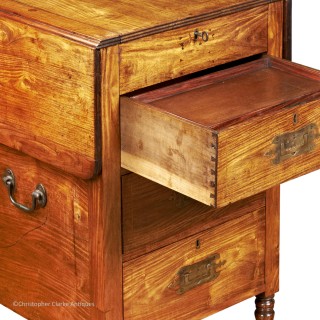 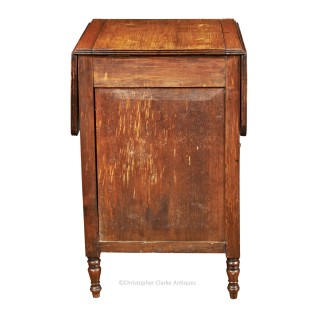 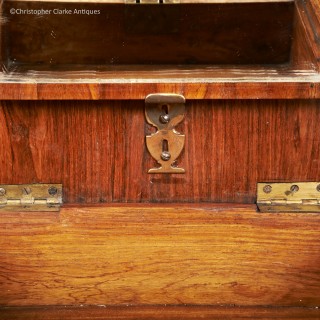 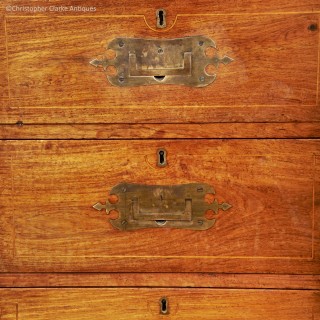 An Asian hardwood, which is probably huanghuali, Cabin Table Washstand with a turned leg.

The two side flaps of this Cabin Table double the width of the top when lifted and supported on their lopers. The central section of the top lifts to use the table as a Washstand. There is space for a bowl and a mirror is fixed to the underside of the top. It’s held parallel to the top on a brass catch which pushes down to release it and set it at a convenient angle for the user. The top drawer has a tray that sits on rails and would be useful for shaving equipment etc. The two further drawers below would provide useful storage in a confined space such as a cabin.

Aside from the wood, the design of the flush drawer handles show this to be a piece of furniture made by a Chinese hand for the Western market. Cabin tables were also made by British and Indian workshops with Anglo-Indian examples the most common. They are useful, small pieces of furniture and this is a good example. Mid 19th Century.

Folded size is given.