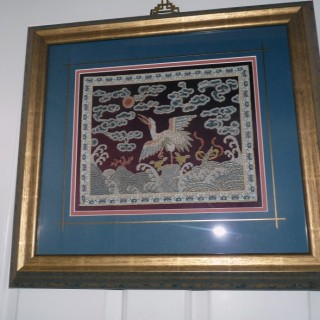 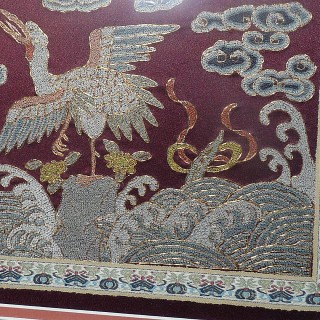 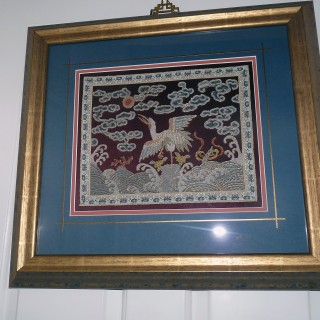 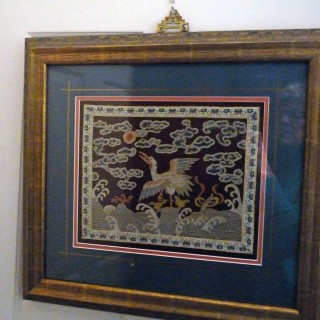 Chinese Mandarin Rank Badge or Mandarin Square. Embroidered with a fourth Rank Civil Wild Goose.
The badge was once an integral badge off a formal surcoat worn at important formal occasions. The back silk is chestnut brown and was part of the surcoat and this colour was worn by low Royalty and high ranking nobility.
The bird and the badge background is in knot work with gilt thread to enhance the detail
As it was an integral badge there is no outside border these were not used on such badges the edge was just a gold thread line.
The border around the bird now looks like it was added in the 1920s when it was probably removed from the surcoat and sold through somewhere like Liberty’s in London.
An unusual badge and in excellent condition