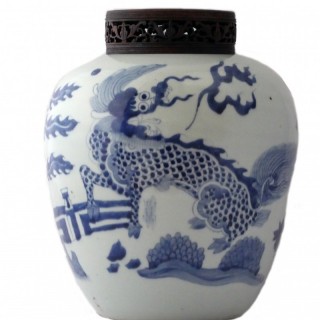 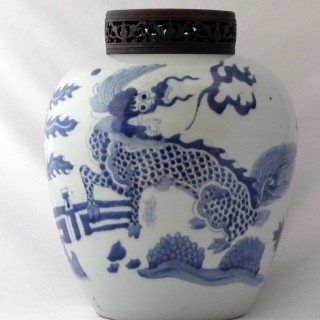 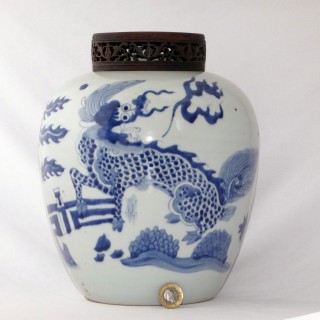 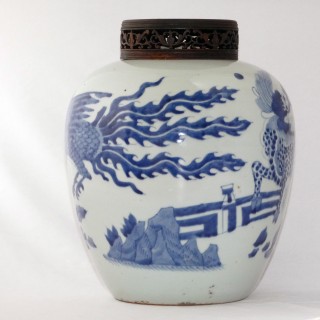 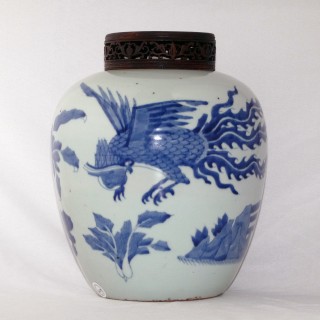 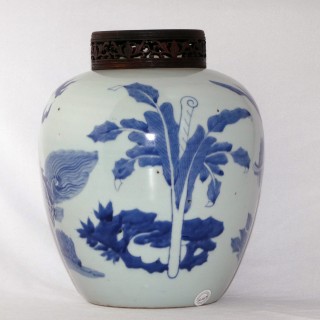 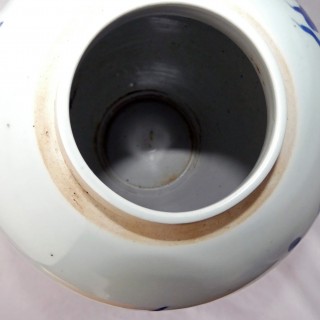 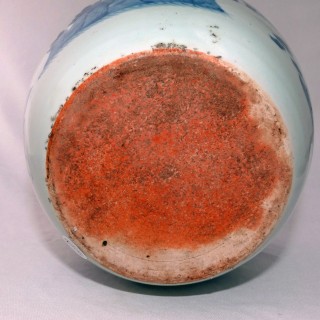 Chinese 17th century blue and white transitional jar made at the start of the Emperor Shunzhi’s reign the first of the Qing Emperors.
Excellent decoration of a Qilin which is normal but also with a phoenix which is most uncommon in a setting with fence, rock work and plantain.
Both mythical beats represent the wish for peace, harmony and stability and although often found together on robes to find them on porcelain from this age is not common.
At the start of the Shunzhi reign it was still turbulent from the over throw of the Ming with many outlaws and bandits still loyal to the Ming causing destruction and attacking of some villages. A wish for stability, harmony and peace a real plea for unity
Although the lid is a wooden replacement it is at least late 19th century.