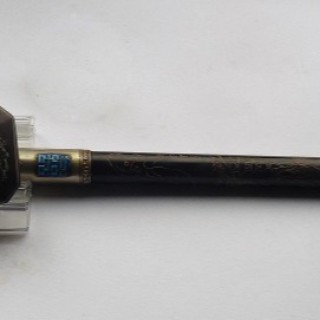 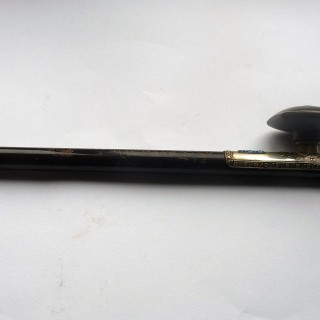 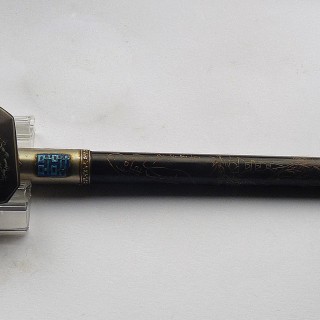 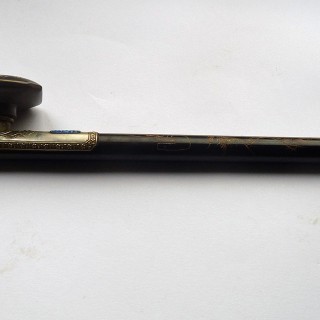 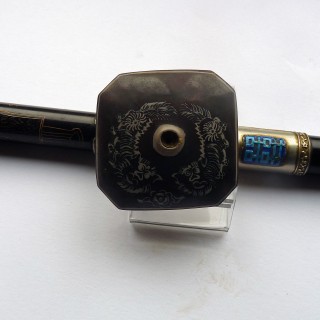 Chinese 19th century opium pipe with bone mouth piece, ivory end and ‘silver’ saddle.
The pipe has been ebonised and etched to show a pagoda in a small landscape scene and various Chinese inscriptions in Traditional Chinese. the etching is shown in a golden colour.
The saddle has an enamelled ‘shou’ sign and an embossed border of trailing flowers which is repeated around the mount of the pipe bowl.
The bowl is made of pottery and painted to show a pair of Shiels with the flaming pearl between them and a chop mark to the underside for the maker.
The pipe bowl decoration was a new art in the 19th century and the decorators had a more free rein than the ceramic decorators and often allowed themselves more licence in decoration although this is a more orthodox decoration

perfect to all but wear on the bone mouth piece