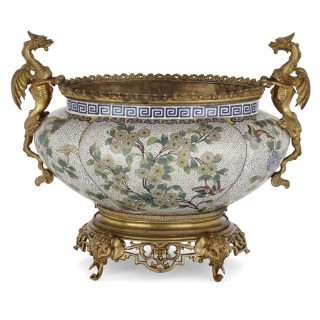 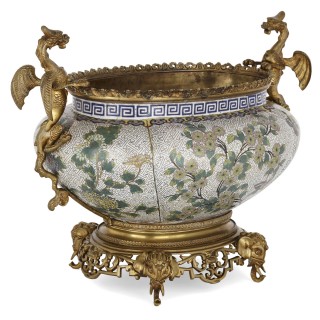 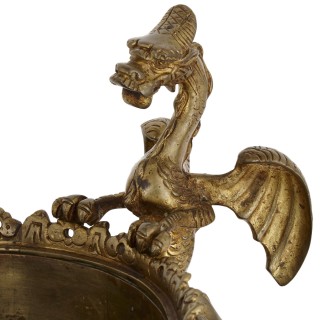 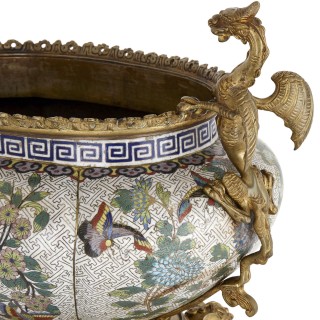 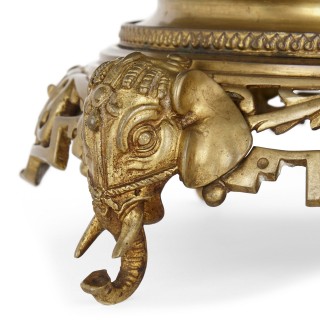 This exquisite cloisonné enamel jardinière was created in China in the 19th Century, then exported to France, where it was mounted with gilt bronze elements. The piece speaks of the rich history of cultural exchange between the Far East and Europe. This jardinière demonstrates Chinese mastery of the cloisonné enamel technique, and the ability of French craftsmen to enhance the beauty of an object by fitting it with fine gilt bronze mounts.

The jardinière mouth is edged with a gilt bronze flared rim, composed of pierced repeated cloud motifs. This is mounted with two dragon-form handles, their large curved bodies making a dramatic statement.

Created from cloisonné enamel, the body of the jardinière is beautifully decorated with green foliage and light blue, green, and pink flowers, which are visited by similarly coloured butterflies. These designs are placed against a cream enamel ground. In the cloisonné enamel technique, metal ‘cloisons’ (cells of space) are soldered onto the surface of the object, then filled with enamel. The wire outlines of the cloisons are visible as decorative geometric patterns on the jardinière’s body. A continuous band of cloud motifs decorates the top of the body, and the neck is ornamented with a blue meander.

The jardinière is placed on a gilt bronze base, which is pierced with decorative scrolling forms. The base is set on four legs, which take the form of elephant heads.