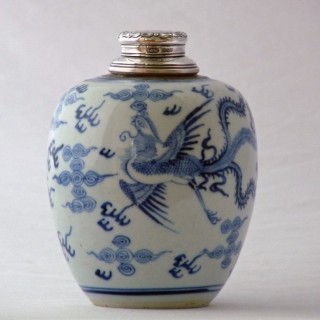 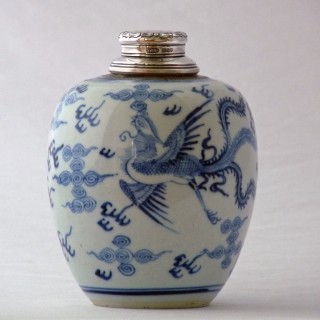 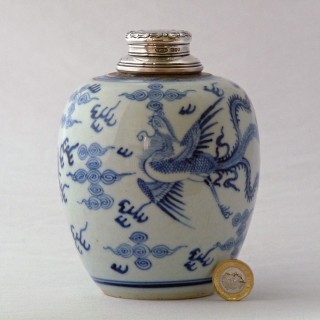 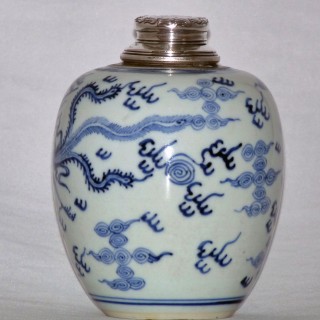 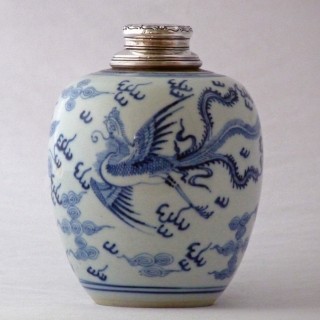 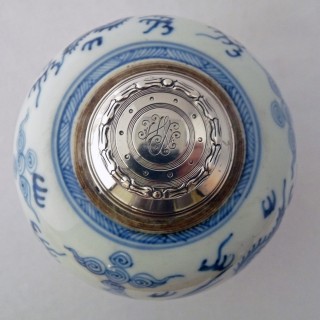 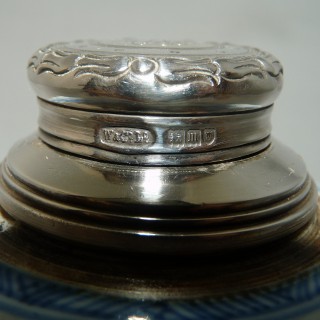 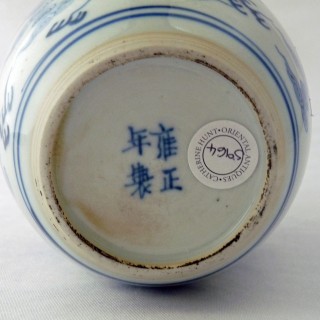 Chinese early 18th Century Blue and White silver topped jar made towards the end of the Emperor Yongzheng’s reign or very early Qianlong’s reign. Made originally at Jingdezhen and the silver was added much later.
The painting shows to chasing Phoenix flying in clouds surrounded with lightning bolts. The phoenix was a compilation of other creatures, the throat of a swallow, the bill of a duck, the neck of a snake, the tail of a fish and peacock, the forehead of a crane, the crown of a Mandarin duck, the stripes of a dragon, and the vaulted back of a tortoise.
In human terms it symbolises the qualities of virtue, duty, correct behaviour and reliability. Although also the bird associated with the Empress on export porcelain it is representing the human qualities and virtues

There is a four character mark for Yongzheng to the base which is an export mark not Imperial.
The silver is hallmarked for London 1907 and the top has a Monogram of a persons initials , the jar would appear to have been used on a dressing table.