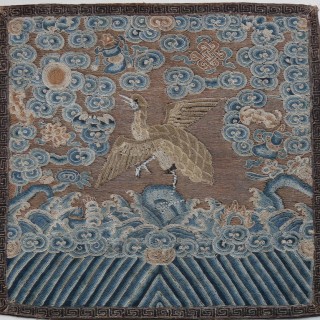 Chinese late 17th early 18th century blue and white bombe form censer, made during the reign of the Emperor Kangxi at Jingdezhen.
Boldly painted with intense decoration of scrolling lotus flowers below a lappet or flame border. To the base there is a double circle typical for this date.
Although censers were originally for the Chinese own market, where they were used to contain sand or cones into which incense sticks were placed and burnt, they became much in demand in the west were they were used as planter or for flowers.
Excellent large size and colour
Overall good although there is an area to the rim which is slightly ground and a ground chip on the rim All as shown in the photographs