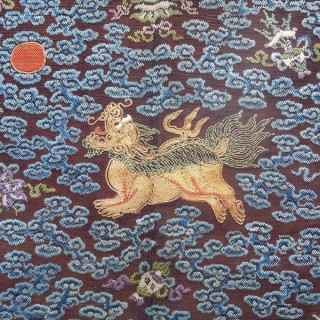 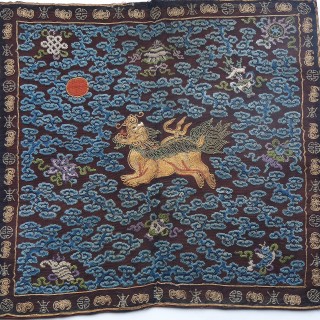 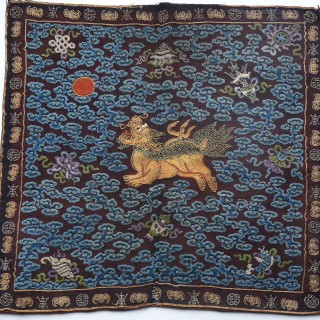 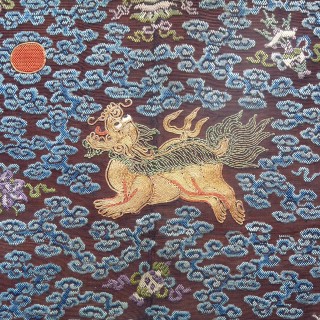 Chinese Military reform rank badge for the second rank showing a Lion all embroidered on silk gauze also known as summer weave.
A rare badge of a Lion made during the reign of the Emperor Guangxu who had decreed that the flamboyant badges of both Civil and Military which had become the norm to be replaced by the more simple style. The rank animal should be shown on a background of clouds only with the sun. This was soon changed to include Buddhist symbols but there was much opposition to the decree. it had been an attempt to also stamp out corruption at court.
This badge has a border of propitious signs of bats and various shou signs
The second rank were equivalent to Colonels and Major Generals and also Banner Captains – high up Military Officials
The photographs are of the badge before mounting and framing

Overall very good small wear to the top of the border