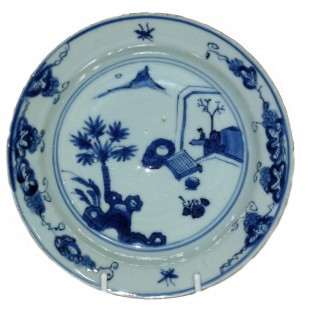 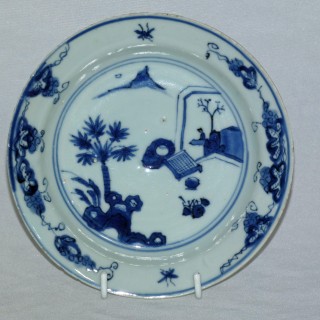 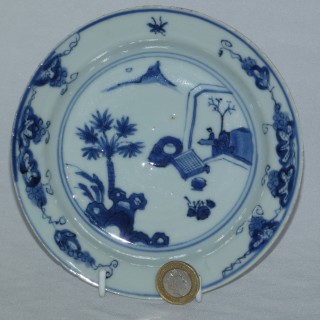 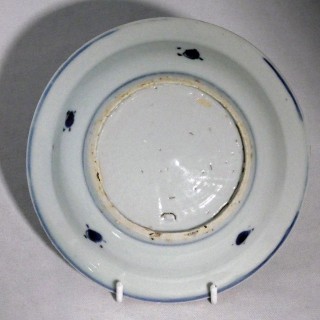 Chinese 17th century blue and white porcelain plate made for the Japanese market ‘ko-sometsuke’ during the reign of the Emperor Tianqi at Jingdezhen kilns.
The painting to the front of the plate is more unusual than many as it includes figures and in many ways is more in the Chinese taste. the decoration shows a lone figure sitting on a rocky promontory with a flowering tree, it would appear that he is viewed through a window from a terrace. on the terrace there is a Go board, hollow rock work and scholars items. in the foreground there is also a pine tree with grasses issuing from hollow rocks . far in the distance is a lone mountain and a small sun.
The cavetto is painted with vines, a butterfly and an insect
T o appeal to the Japanese market the edge has been deliberately flawed with ‘insect nibbling’ or mishikui in an attempt to make more authentic for the tea ceremony
The Emperor Tianqi was the last but one of the Ming Emperors (1621-1627) and his reign falls into the era known as the Transitional period.

A couple of frits