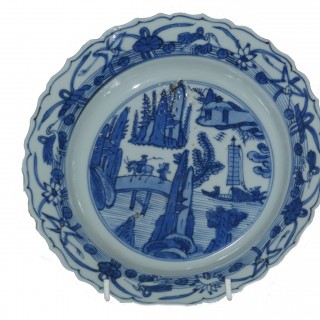 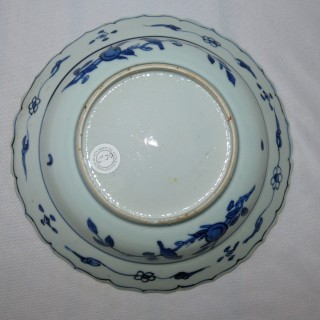 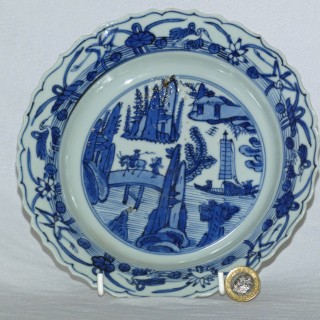 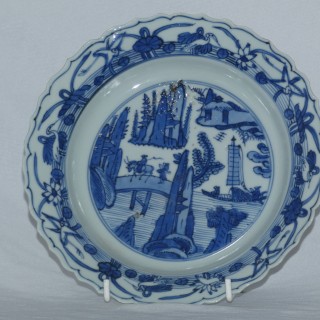 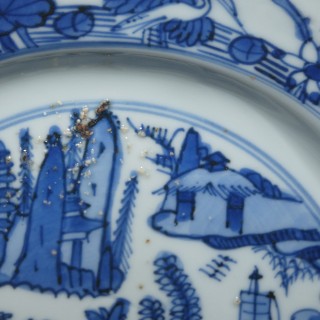 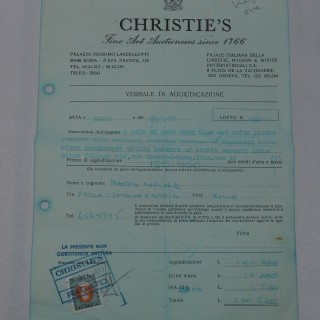 Chinese 16th Century Blue and White Ming Porcelain kraak Plate, made at Jingdezhen during the reign of the Emperor Wanli for Export to Europe with the Dutch East India Company.
painted to the centre with a mountainous river landscape with a fisherman in a San pan and a dignitary crossing a bridge on a horse with an attendant.
The rim is barbed and is painted with a continuous aquatic scene with cranes, lotus and lilies which is repeated to the underside.
In the book Kraak Porcelain a moment in the History of Trade by Maura Rinaldi a similar example is found Plate 52 which dates this design to 1565- 1600
The export ware was seen as a source of quick income for a ‘degenerative ‘ Empire so the same care to produce Kraak porcelain was never as careful as that for the home market which is why grit and other firing flaws are quite often found in the ware. In this case grit is in the glaze and can be seen at the top as shown in the photos
An excellent example of type.
Purchased previously in Rome at Christies Auctioneers in 1977 as shown on receipt