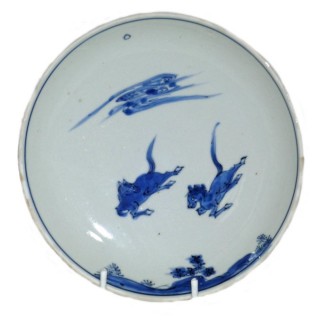 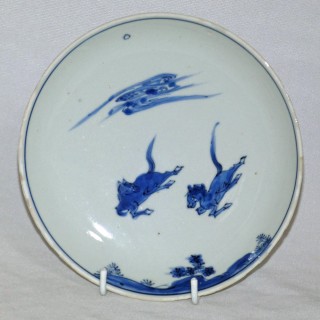 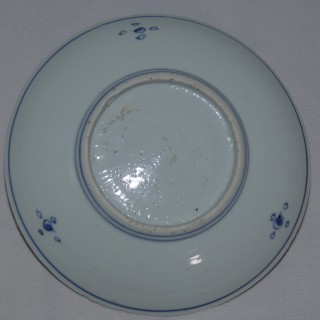 Chinese transitional ko-sometsuke blue and white plate made during the reign of the Emperor Tianqi, made for the for Japanese market at Jingdezhen.
This 17th century ware was a much needed source of income for bankrupt court and Empire of the late Ming dynasty and incorporated deliberate firing and potting faults. The Japanese valued the authentic organic look for items to be used and wanted faults and all for this reason on the pieces for the tea ceremony which is where this small plate would have been destined for.
It is painted to the centre with a pair of ‘flying horses’ above rocky grass land. in Chinese culture the horse represented speed and endurance while in the Shinto religion of Japan they were the messengers between heaven and earth.

Small areas of glaze loss to the rim