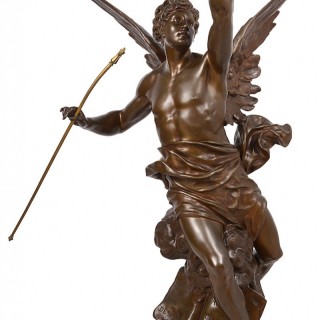 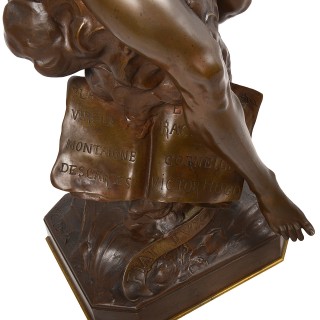 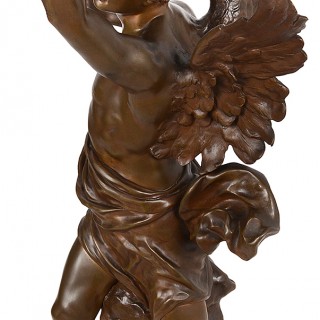 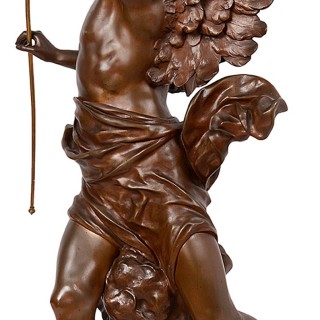 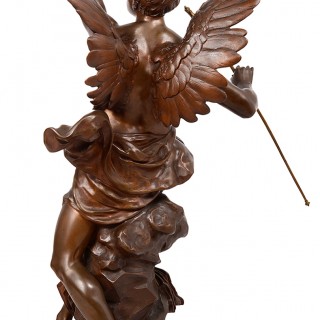 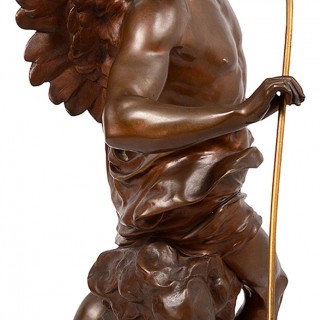 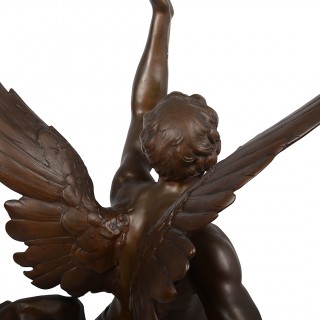 This wonderful 19th Century Patinated bronze statue of this winged classical figure about to take flight.

Émile Louis Picault was a prolific French Orientalist sculptor known for his bronzes depicting allegorical and mythological scenes. Picault often chose warriors and heroes as subjects, as seen in his La Défense Du Foyer (ca. 1890), which extols patriotic virtues in French. Born on August 24, 1833 in Paris, France he studied under the painter Henri Royer. The sculptor exhibited regularly at the Paris Salon between 1863 and 1914. Picault died in 1915 in Paris, France. Today, his works are held in the collections of the Troyes Museum in Paris and the Musée des beaux-arts de Chambery.