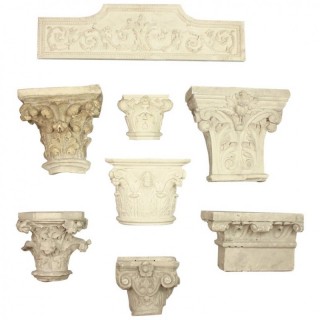 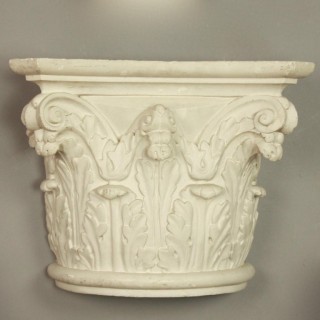 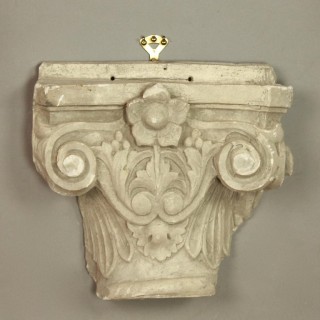 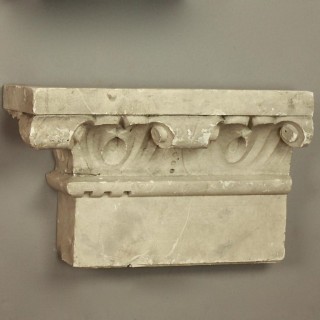 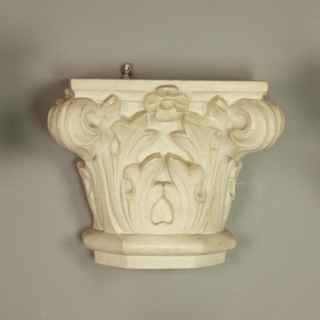 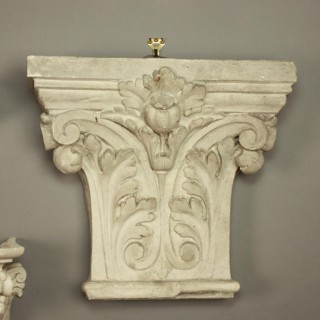 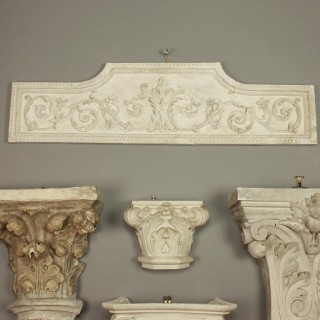 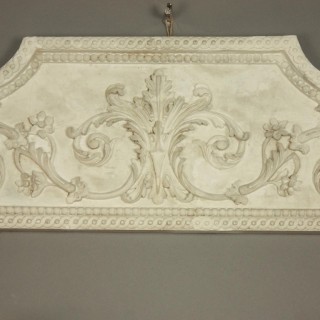 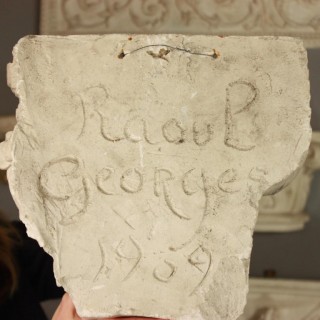 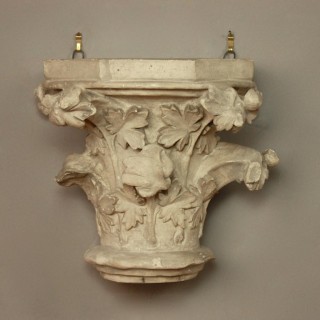 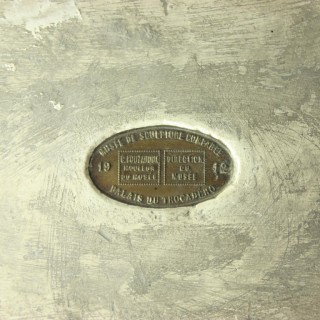 A collection of 19th century plaster casts depicting six capitals and one supra-porte originating from the late 19th century and beginning of the 20th century. The style of the casts reigns from Antiquity to French Gothic, varying in sizes. One plaster cast capital displays a bronze plaque stating: “C.Pouzadoux/Mouleur du Muse´e” and “Muse´e de Sculpture Compare´e / Palais de Trocade´ro”, a second one is signed on the back: “Raoul George 1909″.

In the 19th century, reproductions of great works of sculpture and architecture were thought crucial for the training of artists and craftsmen. The pieces were regarded as ‘superior to drawings’, providing a fascinating glimpse into the marvels of European sculpture and giving an impression of scale and three-dimensional qualities that no photograph can convey. Many arts and crafts schools were later converted into museums, with the result that the cast collections are now mostly in the hands of museums.
In France, the famous architect and author Eugène Emmanuel Viollet-le-Duc (1814-1879) who restored many prominent medieval landmarks, proposed that the Palais de Trocadero be transformed into a museum of French monuments, displaying models of architecture and sculpture from landmarks around France. This idea was accepted and The National Museum of French Monuments opened in 1882 and gave plaster casts the importance of museum pieces.