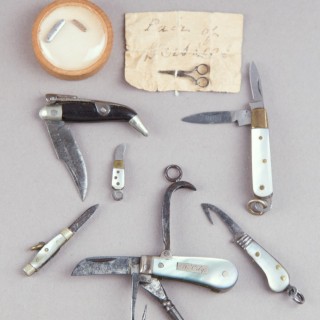 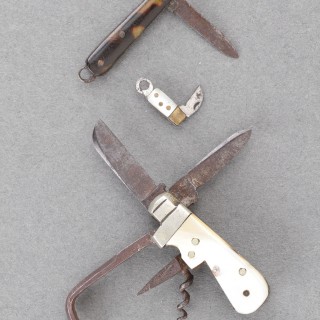 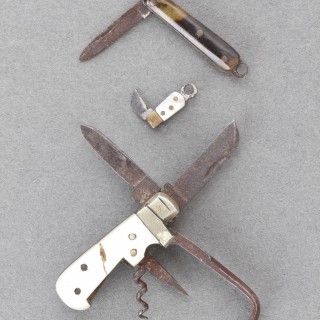 Pocket knives are known as penknives by the British as they were originally used for thinning and pointing quills to prepare them for use as pens. Pocket knives are foldable with one or more blades that fit inside the handle and sit in a pocket. The earliest known date from the early Iron Age with one found on a Celtic Halstatt site in Austria with a bone handle dating to the 6th century B.C. The ancient Romans are generally credited with the invention of the folding pocket knife which was a significant technological innovation making a knife safer to carry and much easier to conceal.
However the folding pocket knife was not widely found or affordable to many people before the advent of limited production in cutlery centres such as Sheffield in around 1650. Large scale production began in circa 1700 with models being made and marketed such as ‘Fullers Penny Knife’. Versatile tools that could be used for everything from opening an envelope to cutting string, the low cost made it a success with farmers, herdsmen and gardeners.