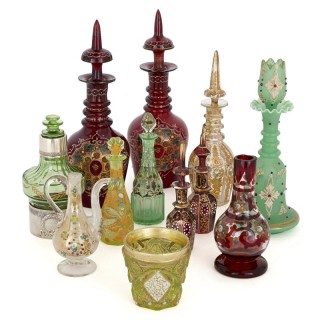 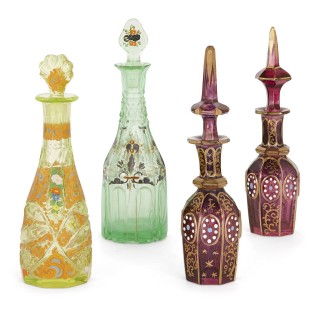 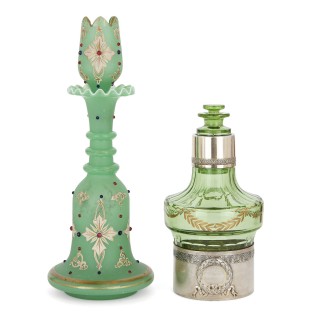 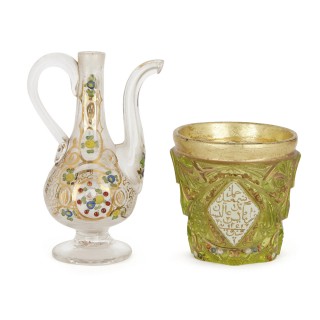 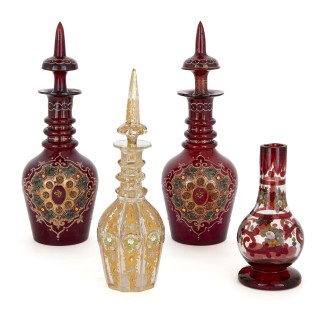 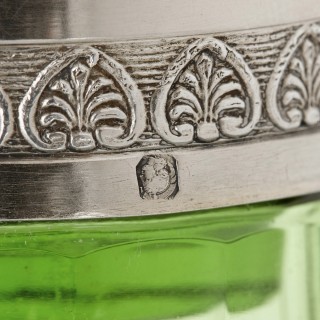 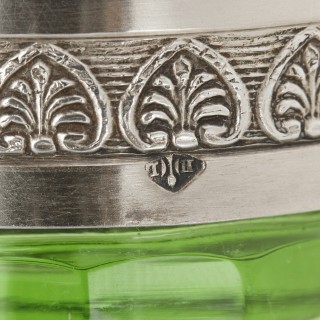 This wonderful collection of glass was crafted in Bohemia in the early 20th Century. Bohemia was a historic region which was famous for its decorative glassware.

One of the mint green huqqas is parcel gilt and encircled by silver bands, decorated with wreaths and foliate motifs. The other items in the set are also parcel gilt with scrollwork, simple bands and stylised floral patterns. They are further decorated by colourful enamelwork, in the form of flowers, foliage and raised beads. The beaker features diamond panels on its front and reverse, overlaid with gilt Persian script.